Theresa May has 24 hours to miraculously become competent - Canary 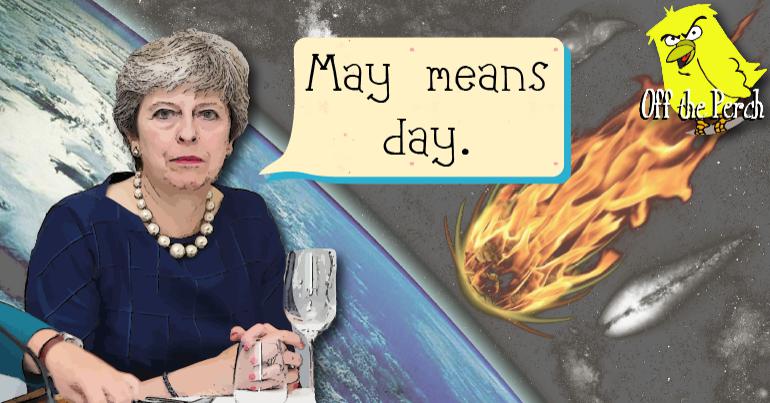 The vote on Theresa May’s Brexit deal is tomorrow. That means she has a mere 24 hours to reverse a lifetime of crapness. That’s another 24 hours, obviously. She’s been in this situation before and keeps re-scheduling the same vote.

Either she’s incredibly masochistic, or she has some sort of credible plan we’re all unaware of.

Or yes – maybe she’s discovered some magical means of fixing her problem. According to one of her aides:

She’s been wandering around Downing Street rubbing all the lamps and saying: ‘Hello? Genie? Are you in there, Mr Genie?’ I asked her why she didn’t try the genuine genie lamp that the London Museum liberated from Mesopotamia, and she said it was ‘too ethnic’.

The desperation hasn’t stopped there, either. A Chinese restaurateur told Off The Perch:

When I opened up this morning I heard a strange noise in the store room. Going in, I discovered a squatting Theresa May opening my fortune cookies – presumably hoping for a lucky prediction. Upon seeing me, she hissed and then crawled out through the window.

It seems like May’s hopes of magicking her way through Brexit will be dispelled tomorrow. Unless she extends Article 50 and keep re-scheduling the same vote on the same deal – exactly the sort of curse we should be expecting at this point.