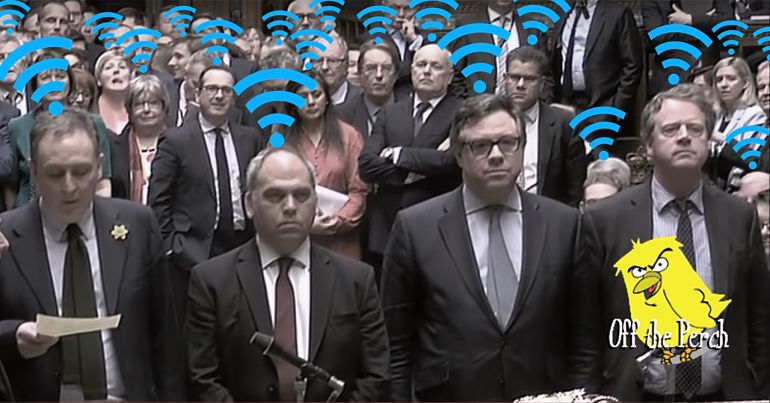 In a break from the usual procedure, an MP has had an idea which could actually have a useful real world application. 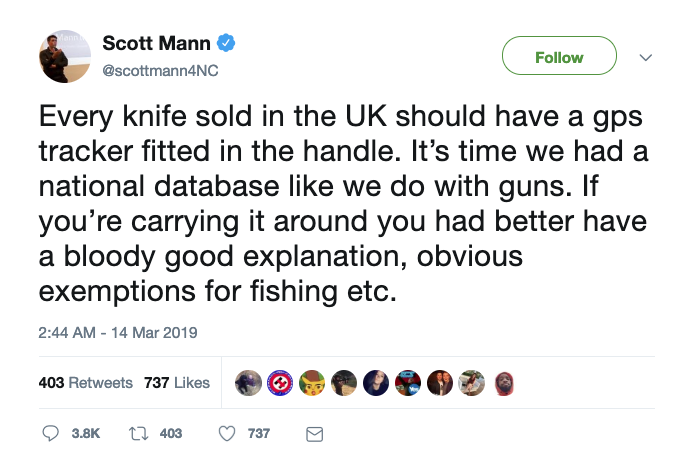 It’s a plan so utterly unworkable and wide of the mark that it makes Theresa May’s Brexit deal look like a work of legislative genius.

But regular Off The Perch commentator and sometime government adviser Ken Chisel is pushing a different use for the technology.

Fitting trackers to every dangerous knife in the country is obviously impossible. The government might as well suggest tagging every pair of underpants, so it can check people (except fishermen) are changing them regularly.

But, unlikely as it may sound, Mann has hit on something. Readers might recall 90s TV priest Father Dougal McGuire, a manchild so out of touch with reality and reason that he frequently solved problems by accident. We should perhaps think of Mann in similar terms.

GPS trackers could be the answer, not to knife crime, but to idiocy in politicians. A device fitted into MPs’ brains would initially help to locate them physically. It could even speed up the process of counting them through the voting lobbies. As the technology develops, the implants could transmit a warning whenever the MP is about to say something stupid, and also when the brain is just not functioning at all.

As any observer of politics knows, at any one time, only a fraction of MPs’ brains are actually switched on. The PM hasn’t had an original thought since calling the 2017 election. There are some Tory backbenchers whose vocabulary has regressed all the way to random shouts of ‘Ah!’. The implants could emit small electrical stimulations to jerk the wayward MP back into reality. Any member wandering off the point during a debate would also receive a mild shock.

Unfortunately, the technology can’t be used in the Lords as the voltages required for effectiveness would also be lethal.