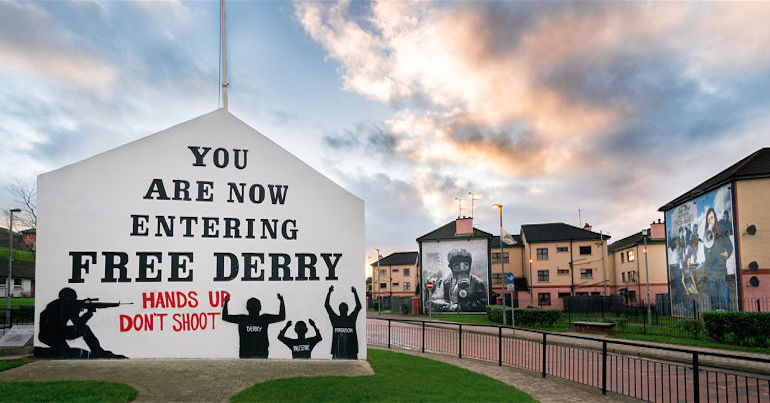 On 14 March, the prosecution service in the north of Ireland announced that just one of the surviving 17 paratroopers will face prosecution for his part in the Bloody Sunday massacre. This massacre happened in Derry’s Bogside on 30 January 1972. 13 people were killed and a further person later died from their injuries.

The director of the prosecution service stated:

In respect of the other 18 suspects, including 16 former soldiers and two alleged Official IRA members, it has been concluded that the available evidence is insufficient to provide a reasonable prospect of conviction.

Solicitors representing some of the victims’ families submitted that Corporal P and Lance Corporal J should also face prosecution for the murders of John Young and Michael McDaid. The Canary previously reported that at least four others could face prosecution. This wasn’t to be.

Reason for the march on Bloody Sunday

When internment ended on 5 December 1975, of the 1,981 people who’d been arrested, 1,874 were from the republican community. Only a small number of those arrested in the early raids were IRA members. There were also allegations of torture.

Tribunals of the past

The Widgery tribunal began to investigate the massacre immediately afterwards. But it exonerated the parachute regiment and blamed the march for the murders. There were several inconsistencies in the Widgery report and victims’ families believed it was a whitewash.

The more credible Saville inquiry didn’t begin until 1998. 12 years later, it found the 14 massacred civilians were innocent and their killings “unjustified”. It also found that soldiers lied to the inquiry.