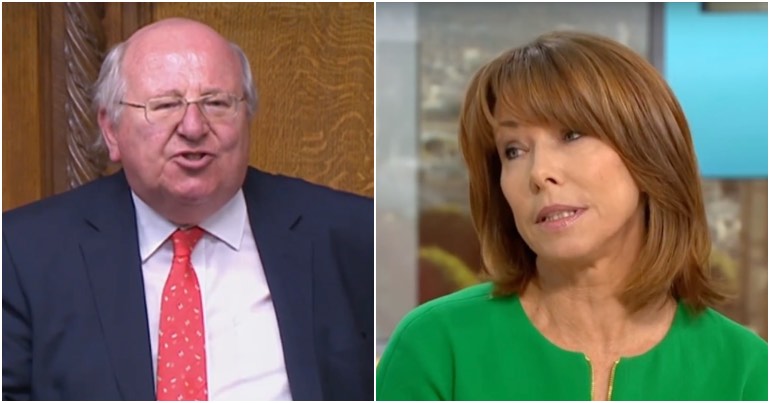 After quitting their old parties, the Independent Group (TIG) suffered a furious backlash for refusing to call by-elections. Perhaps with the Brexit mayhem now taking centre stage, they hoped by-election questions would stop. But this is not the case.

Mike Gapes grilled on a BBQ

Burley has a history of vigorously pursuing TIG MPs over by-elections. On 20 February, she dissected former Labour MP Angela Smith during this excruciating encounter:

"If you're so confident, why not have a by-election?" 😏 pic.twitter.com/wvUNEvJmcy

And when she encountered Gapes, Burley didn’t hold back. She quizzed Gapes not only on his opposition to a by-election but a general election too:

Why can’t they just admit they don’t want a general election because they’d lose their seats, which any honest person knows is obviously the case? pic.twitter.com/wFlH4IRVMd

people at home will say, ‘Oh, come on! You want a second referendum but you don’t want a by-election?

Well it’s not. If you wouldn’t mind, I’ll pose the questions and perhaps you’d like to answer them.

No appetite for a by-election, apparently…

Gapes suggested that there’s no demand for calling a by-election, claiming:

I’ve only had four constituents contact me saying there should be a by-election. And I have people stopping me on the streets saying ‘stay in parliament’.

But the Labour head of Redbridge Council in Ilford has called for a by-election. And members of Ilford South Constituency Labour Party (CLP) are clearly keen to win the seat back from Gapes:

Want to support Ilford South Labour to win back Ilford South for Labour at the next general election, or if a by-election is called? Please donate today! You can donate from as little as £5 per month! Set up a regular payment to Ilford South CLP now at https://t.co/oYeUnyRko2 pic.twitter.com/JYuOeFly43

Gapes then claimed that he was voted in as an individual, boasting how he’d won “seven elections”:

We have a parliamentary system and people stand on a ballot paper with their name. We don’t have party lists. I’m not a delegate to be removed by a party; I’m elected by my constituents.

Yeah, but you chose to stand under the Labour banner and I’m sure that red rose probably helped you, do you not think? …Or, if you’d stood as an independent you’d have got as many votes?

But Gapes was defiant, claiming a by-election would be:

a distraction from the crisis the country faces.

The ‘no majority = no referendum’ dilemma

Burley then asked why Gapes prefers a referendum to a general election:

Parliament’s in stalemate, there isn’t an overall majority for the government, so surely the only way to sort that out is a general election?

A second referendum is close to impossible without a general election first (there aren’t numbers in commons).

The likes of @MikeGapes know this but they have to pretend otherwise because every TIG member will lose their seat. pic.twitter.com/TkGOHWw7Vj

And Burley’s final speculation as to why Gapes really opposes a general election was the nail in his coffin:

You don’t want a general election because you know you’ll lose your seat.

Gapes’ foreign policy record: an election disaster in the making

There is every reason to believe that Burley is correct. Not least because polling shows the majority of people support Jeremy Corbyn’s non-interventionist foreign policy.

But Gapes has an ongoing history of supporting intervention. For example, he refused to apologise for voting for the Iraq war, despite hundreds of thousands of deaths:

Independent Group foreign affairs spokesman Mike Gapes on why the Iraq war wasn’t a mistake: “most Iraqis would not ever want Saddam back … you've got to look at it in that perspective.”https://t.co/5z7mPocmvA

Gapes was also part of what Channel 4 News Fact Check called a “Saudi Charm offensive”. He was one of “at least 33 MPs” who accepted trips paid for by Saudi Arabia since the beginning of its war with Yemen in 2015.

And Gapes supports the overthrow of the Venezuelan government and the installation of the American-backed replacement, Juan Guaidó:

If Gapes and his TIG colleagues believe such policies enjoy public support, they should test that theory in an election. Just as they are challenging the public mandate for Brexit and seeking a second referendum, they should also test their own mandates as MPs.