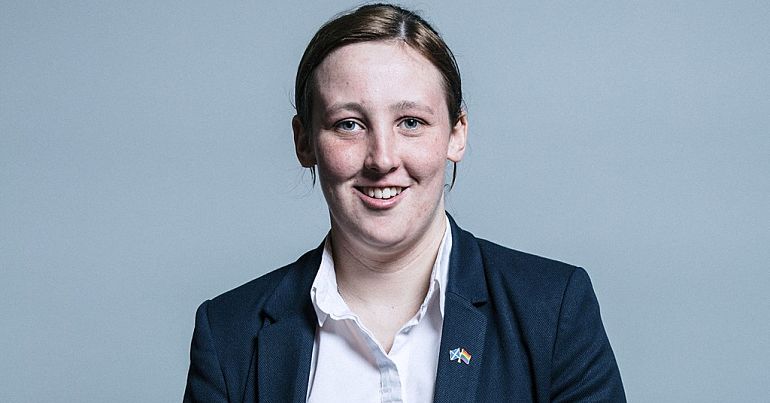 The SNP MP for Paisley and Renfrewshire South Mhairi Black has done it again. She delivered another magnificent speech during the debate to extend Article 50 on 14 March. As usual, Black didn’t hold back in the House of Commons:

My speech in the #Article50 Debate today. pic.twitter.com/DugvakpB0G

That’ll be the unionist’s telt anyway.

“The UK is about to get a rude awakening”

Black opened her speech by saying:

the UK is about to get a rude awakening as to what the consequences of this prime minister’s irresponsibility are going to be. The reality of where we are just now is that even if we do come to a consensus to extend Article 50, any one of the 27 countries in the EU could veto that extension.

The SNP MP then pointed out that Nigel Farage and his “pals” have been lobbying some EU countries. Farage is trying to encourage “Italy, Hungry, Poland” to block the UK’s request to extend Article 50. Black highlighted the ‘irony’ in Farage attempting to override the “will” of the UK parliament that he campaigned to “take back control” for. But joking aside, Black pointed out that if one EU country uses its veto on the Article 50 extension, the UK is out of the EU with no deal on 29 March. This is serious stuff. But it does show that all the nations of the EU have equal power in collective decision making.

The SNP proposed it “two years ago”

Black then stated that in the UK, each nation is not treated equally. It is hard to disagree with her. In 2016, Scotland voted to Remain. Since then, the Scottish government has offered compromises such as staying in the single market and customs union. Black said that cross-party consensus now seems to be collecting around such a proposal – even though the SNP proposed it “two years ago and it was ignored”.

In the Scottish parliamentary elections in 2016 and in the snap election in 2017, Scotland backed the SNP who have a mandate to hold Indyref 2 because of Brexit. But of late, both the Conservatives and Labour have suggested they will ‘block’ another vote on Scottish independence.

In her speech, Black challenged any Unionist MP to suggest what the SNP MPs can do to fulfil Scotland’s Remain vote or protect it from “no-deal chaos”. The SNP MP then said, “even if every single [SNP] MP did support the prime minister’s deal, she’d still have lost”. Black concluded unequivocally that the UK is “not a union of equals”.

The SNP MP is right. Since June 24 2016, the UK government has dragged Scotland kicking and screaming towards Brexit. Within the UK, Scotland should be treated as an equal nation.

And if Scotland does vote for independence, it might finally get out of this Brexit mayhem and make decisions for itself.