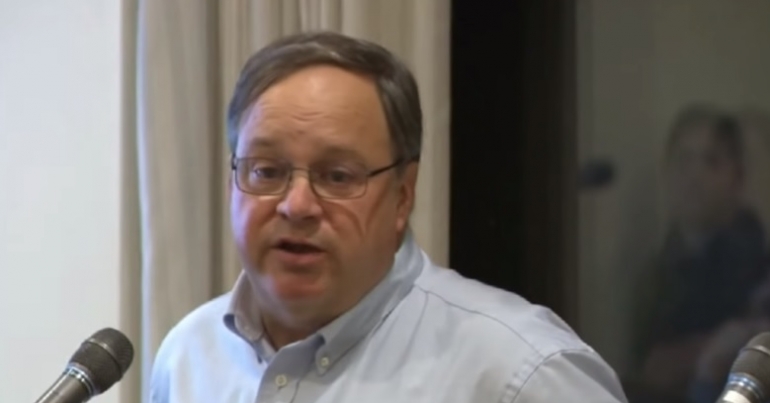 Self-proclaimed “neoliberal shill” Brad DeLong has said centrism has failed and neoliberals now need to reach out to the left. DeLong served as deputy assistant to the US Treasury for economic policy under US president Bill Clinton from 1993 to 1995.

after former Treasury Secretary Bob Rubin, and consisting of those of us hoping to use market means to social democratic ends in bipartisan coalition with Republicans seeking technocratic win-wins—have passed the baton to our left. Over the past 25 years, we failed to attract 2/

William K. Black, a respected white collar criminologist, economist, and former financial regulator, called DeLong “one of the most read economists in the world”.

The Clintons are (in)famous for their role in shifting the democratic party to the right, and more explicitly aligning the party with the financial sector. Faking left, but reaching out to get right-wing votes is a strategy known as ‘triangulation’. It’s a process copied by former US president Barack Obama and former British prime minister Tony Blair, among others.

But DeLong told VOX that:

It’s much harder to believe in those things now….The world appears to be more like what lefties thought it was than what I thought it was for the last 10 or 15 years.

He complains that ‘triangulation’ isn’t possible because there are no reasonable Republicans that Democrats can reach out to:

Republican coalition partners, we failed to energize our own base, and we failed to produce enough large-scale obvious policy wins to cement the center into a durable governing coalition. We blame cynical Republican politicians. We blame corrupt and craven media bosses and 3/

Obama once said that his policies were “so mainstream” that he would have been considered a “moderate Republican” in the 1980s.

And did George H.W. Bush, did Mitt Romney, did John McCain say a single good word about anything Barack Obama ever did over the course of eight solid years?

“No, they fucking did not”, he responded to his own question.

[Obama is] all these things not because the technocrats in his administration think they’re the best possible policies, but because [White House adviser] David Axelrod and company say they poll well.

But he later said:

We were certainly wrong, 100 percent, on the politics.

princelings. We are right to blame them, but shared responsibility is not diminished responsibility. And so the baton rightly passes to our colleagues on our left. We are still here, but it is not our time to lead. 4/

Pass the baton to ‘the left’

When “neoliberal shills” like DeLong say centrism has failed, they are right. And so we need an organised radical left to offer meaningful changes for our societies. Or else it will be the reactionary right that people turn to for answers.