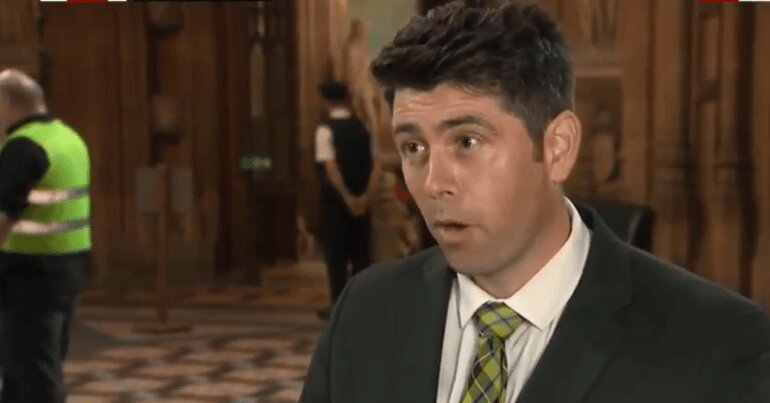 On 14 March, Conservative MP Scott Mann offered his solution to the rise in knife crime in England and Wales.

‘A GPS tracker fitted in the handle’

The MP for North Cornwall posted:

Every knife sold in the UK should have a gps tracker fitted in the handle. It’s time we had a national database like we do with guns. If you’re carrying it around you had better have a bloody good explanation, obvious exemptions for fishing etc.

"There's been a stabbing"
"Quick, get me the GPS tracking for every knife in a 3 mile radius"
"OK, it says there are 120,000 of them, mostly in kitchens"
"Bollocks, thought we had them then"
"Could ask those young lads with the machete"
"Nah, they've got a mackerel, been fishing"

Some were more forthright about this comically nonsense solution to a serious problem:

There are 66 million people in the UK. If every one of them owns just one knife that's 66 million knives to keep track of you brain genius how are you an MP.

You’re not the sharpest gps tagged knife are are you?

Think you need a GPS tracker fitted on yourself you absolute weapon.

And others had a few similar suggestions for Mann:

Hear me out, Scott; listening devices on screwdrivers.

Mann’s comment came as another teenager fights for his life after a stabbing at London’s Leyton tube station. The number of fatal stabbings in England and Wales has reached the highest level since records began.

But while better-policing techniques could help in the short term, they don’t address the fundamental issue. On BBC Question Time on 7 March, columnist Owen Jones laid out the root causes of knife crime:

The easiest thing I could now do is put the boot into the government over those 21,000 police cuts… But I worry this debate often is too focused on the issue of… law and order… What do we expect when hundreds of youth clubs have been closed…. when the wages of young people are falling more than any other age group… when the government slash per-pupil funding… when mental health services are so under-resourced that 150 kids are being turned away every single day…

There’s no doubt Mann’s suggestion is ridiculous. But that doesn’t negate the serious issue of knife crime. Tory austerity combined with increasing inequality has created a fertile environment for gang culture and knife crime. Investment in education and opportunities for young people are needed to solve the issue at its roots.