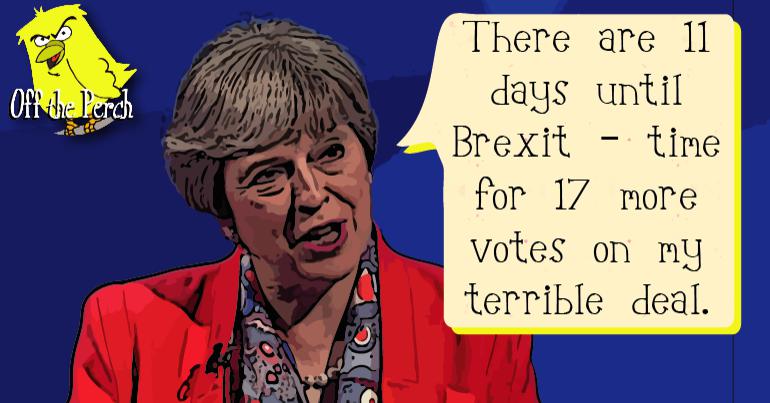 Theresa May is known for having great catchphrases like:

Now it’s time for her to deliver on those dynamite mottos. As a result, people are beginning to question if she’s as strong and slogan as she claims to be.

May had nearly three years to concoct a Brexit plan that the country could get behind. Instead, she spent that time dancing and cracking wise:

The people of Great Britain beheld this jiving clown and thought:

Wow – if she’s confident enough to spend three years busting a move like some sort of excitable party moron, then she must be really sure she knows what she’s doing!

Although it’s obvious to many that May has always been shit, it’s not been obvious to everyone. Or it wasn’t, anyway. Obviously, that’s changing, but don’t expect the establishment to treat her any worse than those other abject failures – Margaret Thatcher, Tony Blair, or David Cameron.