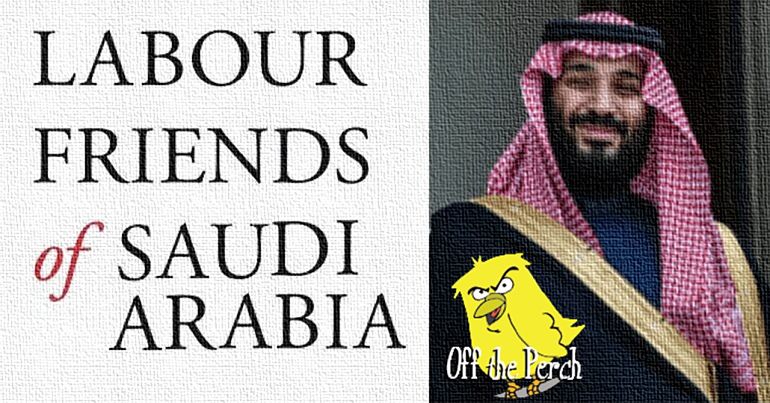 Labour Friends of Saudi Arabia (LFSA) accused critics of the theocratic dictatorship of ‘Islamophobia’ on 1 April.

It’s disrespectful to the Muslim religion and disregards Labour values to make such inflammatory comments about Saudi Arabia and crown prince Mohammed bin Salman. Please be aware that any Labour members involved have been reported to the compliance unit.

I just don’t know what has happened to my party. You know, I was discussing it with a Saudi minister on a recent expenses paid trip to Riyadh over a third helping of Mutabbak. The party I once knew and loved has truly become an Islamophobic cesspit.

“When it’s convenient for us”

Under immense pressure from LFSA, Labour also adopted the Interplanetary Definition of Islamophobia (now recognised by four and a half countries). In the same address, Ryan said:

The ATTACKS also represent a transgression of the Labour party’s rulebook, which states it’s Islamophobic to apply ‘double standards by requiring of Saudi Arabia a behaviour not expected or demanded of any other Utopia of Equality and Freedom’.

Labour member Diane Fitzpatrick, meanwhile, was recently suspended for condemning the Saudi kingdom. She expressed disgust at the regime for beheading 48 people in four months, desecrating Yemen with airstrikes and running roughshod over women’s rights. But Ryan wasn’t having it:

There is a point where criticism of Saudi Arabia becomes Islamophobia and you’ve crossed that line as and when it’s convenient for us. The Muslim people have a right to enact whatever God-given rights they claim to have. And I’ll be damned if anyone claims otherwise.

BBC News at 6 led with the Labour Islamophobia controversy, just ahead of covering the situation in Bangladesh, 75% of which is now underwater.