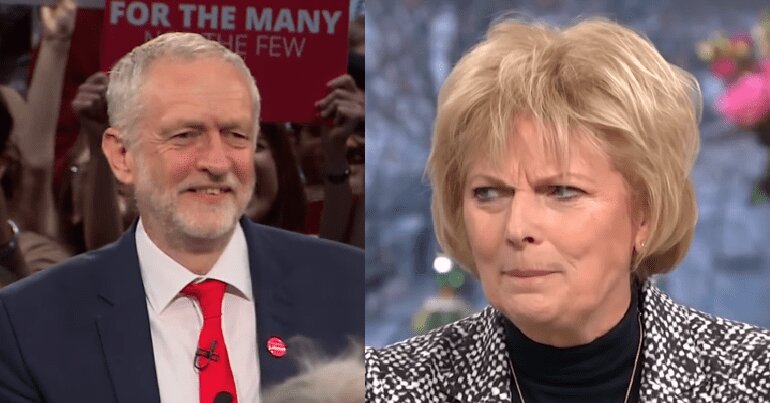 On 2 April, Anna Soubry revealed why her centrist faction the Independent Group (TIG) didn’t compromise in the second round of indicative votes. And it beggars belief.

“To move this forward…”

The Commons rejected compromise proposals for a customs union by three votes on 1 April. Explaining why TIG did not support it, Soubry said:

It doesn’t deliver the regulatory alignment which is needed for the frictionless trade… and I made that very clear point… last week and I made it again last night… To move this forward is to put together a customs union, the regulatory alignment which British business needs which avoids of course a hard-border return between the Republic and Northern Ireland. And includes a people’s vote… I believe we can now reach in parliament a majority based on the progress we made last night for such a compromise composite motion

But shadow secretary for international trade Barry Gardiner pointed out:

Just had to laugh as Anna Soubry tells Today Program that she & TIG failed to vote for a Customs Union that they previously demanded because it needs to have a close alliance with the single market to be effective…
Isn’t that Labour’s Policy? pic.twitter.com/TwsqFo2IBI

On top of that, on 1 April, Soubry and her fellow TIG MPs also rejected the Common Market 2.0 motion. This would essentially keep the UK in the EU single market. At the 11th hour, the centrist faction has failed to compromise on two counts.

Labour’s plan has long been the solution

Because it promises to deal with the problem of the Irish border, Labour’s plan has long been a way forward. And it seems pro-establishment MPs had little reason to reject it other than because Corbyn proposed it. As well as the European council president, Labour’s plan has support across the board:

It should come as no surprise that establishment MPs could be so petty. The last thing they want is Corbyn looking prime ministerial and bringing parliament together around a compromise. But that’s exactly what the Labour leader has been trying to do since the beginning.