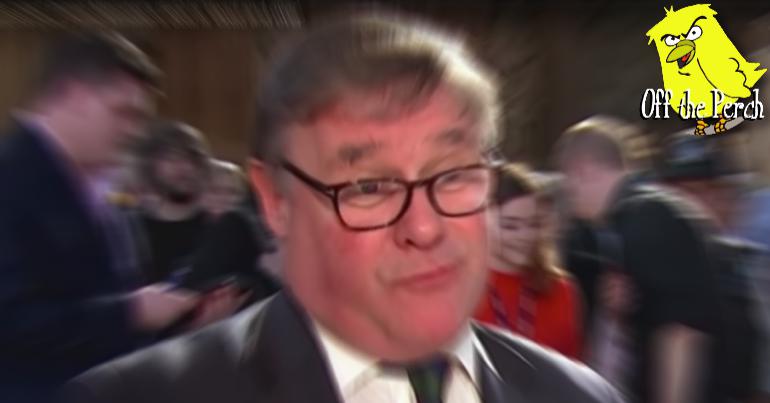 Brexit has exposed Britain to the many oddballs who serve as Conservative MPs. The latest to gain prominence is Mark Francois – a man you’ve probably seen on the telly. If you can’t trace the name, this description might help:

Mark Francois is an angry pork pie, isn't he?

In his latest rant, the Rayleigh and Wickford MP said he now goes by the name ‘Brark Brancois’. Apparently he’s protesting the Brexit delay or something. It was difficult to tell, as he’s adding ‘br-’ to the beginning of every word.

Speaking to the gaggle of press that constantly follows him around right now, Brancois said:

When translated out of Brenglish, it’s believed that Brancois said:

I am a sad, little man with no idea what’s going on. When I drive my children to school and see all the youngsters – so full of hope and dreams – I realise I’ve wasted my life being a twat. Will Brexit fill the hole inside me? Probably not. But at least others will get to share in my impotence.

To be fair to Brancois, it does look like Theresa May is trying to sabotage Brexit. Why else would she make James Cleverly a Brexit minister?

DONALD TUSK: So what is the Conservative position?

JAMES CLEVERLY: Hold on a sec, dude – I just need to post a sick tweet to my followers

DONALD TUSK: …you seem to have posted an image of yourself with your arse hanging out, James?