Remainers ‘Brexit’ from other Remainers - Canary

The European parliament elections loom. Because of the UK’s inability to do Brexit, the country will likely need to stand in them. Brexiteers have largely lined up behind the Brexit Party. But what of the Remainers – the ones who’ve spent three years dominating the discourse on Twitter? 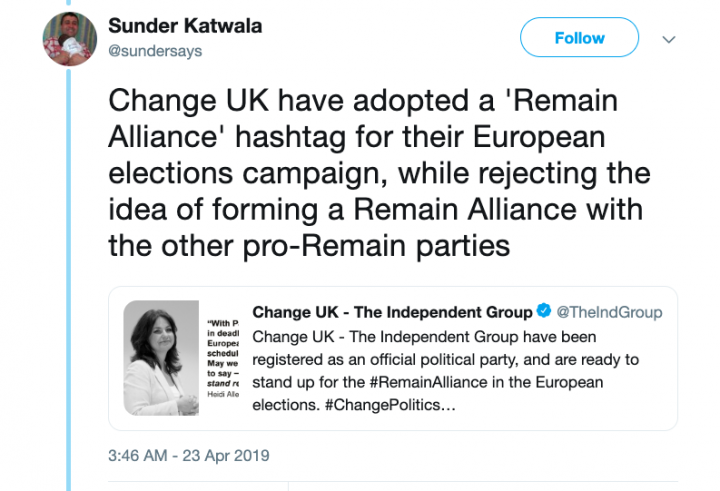 The Brexit movement went largely dormant after it won the election. This gave its opponents time to:

The fact that Remain became spearheaded by the sorts of politicians who lost the 2010 and 2015 elections has led to this picture:

Unfortunately, for the many people who just don’t want a Tory Brexit, the Remain movement has become saturated with careerists, ‘I’m-alright-Jacktivists’, and Mike Gapes. This isn’t panning out. And that really shouldn’t be surprising.

Still, at least Chuka Umunna is enjoying the attention.