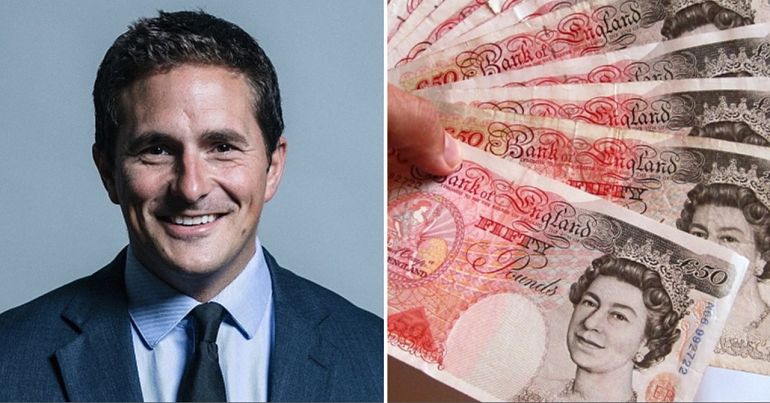 Conservative Johnny Mercer earns an additional £85,000 on top of his £79,468 MP salary. But the ex-soldier’s additional income poses serious questions about his voting record.

In the recorded register of MPs’ interests, Mercer says his additional income is as a non-executive director of Crucial Academy Ltd. He earns £85,000 a year for 20 hours’ work each month. According to the BBC, Crucial Academy is a “company ultimately funded by Surge Financial Limited”. Surge reportedly sold bonds for a company called London Capital and Finance (LCF), which is now in administration.

Mercer has since denied any knowledge of these links, saying he’s “never heard of, never met, or never had anything to do with” LCF. He insists that his work with Crucial Academy is to help train military veterans so they can gain new employment. He also dismissed any other allegations as “smears”.

But as one tweet revealed, Mercer’s support for armed forces families is not all it seems:

Johnny Mercer blocked me when I asked about his £354 an hour second job £192k pa expenses and why as a former soldier he voted to cut bereavement allowance for families when #Plymouth has a high number of armed forces families #JohnnyMercenary pic.twitter.com/qusFOC3XXu

And it turns out that, in March 2017, Mercer did indeed vote for changes that cut support for bereaved families. As the MP for Plymouth Moor View, Mercer’s constituency is home to many armed forces families. Should those families suffer bereavement, his vote has significant implications.

Following the vote, changes to Bereavement Support Payment Regulations significantly reduced help available to bereaved families and partners. Despite more than 4,000 letters of objection, the new system could mean widowed parents and families losing out on up to £12,000 a year.

Under the old system, if a spouse or partner died, families could claim a tax-free £2,000 Bereavement Payment. As the Mirror reported, those with children could also apply for the Widowed Parent’s Allowance, “a taxable benefit of up to £487.71 a month (£5,852 a year)”. This was payable for up to 20 years. The new scheme means that, despite an increased tax-free payment, parents only receive help for 18 months. Unmarried parents receive nothing.

Mercer voted for these changes and blocked someone who dared to question him. Perhaps it’s no surprise since Mercer’s voting record shows he’s consistently voted for welfare and benefit cuts. He’s also blocked moves to help people unable to work as a result of illness or disability.

Mercer is no stranger to controversy. In November 2018, he claimed there’s “nothing wrong” with killing people if it’s to defend “what you believe in”. Perhaps he forgot that this stance only creates more widowed families and more veterans who need support.

Following the BBC report, there are calls for Mercer to resign. Although given his denial this seems highly unlikely. His alleged compassion to help war veterans is flimsy, at best.