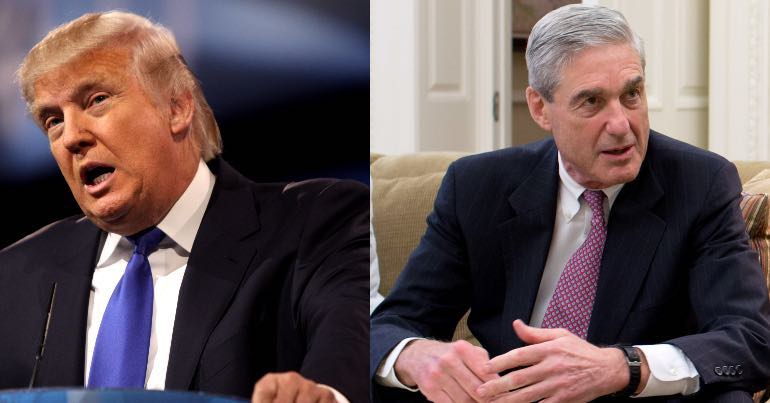 With the publication by the US Department of Justice (DOJ) of the ‘Mueller Report’, the controversy around Donald Trump has not eased. Robert Mueller, special counsel for the DOJ, headed up the investigation. Part of the reason for his investigation was examining claims of Russian interference in the presidential elections in 2016. Many journalists, politicians, and pundits claimed that Mueller would find the Russian government helped to elect Trump.

With the publication of the report, Trump is declaring that he has been found innocent of any wrongdoing. But journalists are butting heads over the importance of the report, and if it really delivers what they thought it would. Part of this disagreement comes from the fact that some of those who claimed Trump was in league with Russia are standing their ground.

Many journalists are arguing that the Mueller Report does not exonerate Trump. Mehdi Hasan, for example, has debated this on Twitter with fellow journalist Aaron Maté. Hasan said it was sad to see some left-wing journalists acting like “like Trump apologists”:

I’m only quote-tweeting this because I’m sad to see left-wing journos whose work I have admired on other issues now spinning like Trump apologists: “handing him an exoneration”? Sorry, Mueller went out of his way to explicitly say he wasn’t exonerating Trump. Stop this nonsense. https://t.co/lA0sAEqIoW

Maté responded that the claims of a Russian conspiracy have now been shown to be incorrect. This, he said, has handed Trump a “massive exoneration”:

What matters most is the cause of the investigation & the dominant focus of the past 2 years: a conspiracy w/ Russia. On that he received a massive exoneration, and in the process, a massive re-election gift. It’s sad for me to see other left-wing journos cheer that on: pic.twitter.com/oBuLA1taUT

Hasan, however, asserted that only focusing on Mueller’s investigation of alleged Russian collusion is ‘narrow’:

The only person cheering is you Aaron. I saw your self congratulatory tweets last week, narrowly forcused on a criminal conspiracy with Putin while ignoring the reams of evidence produced by Mueller that this president is corrupt, abuses power, lies, covers up, obstructs justice.

But Maté was insistent that he got “this story right”.

Not sure what tweets you’re referring to, but not going to apologize for getting this story right. And I’ve made clear the only victory here is Trump’s. If this report actually threatened him, he would’ve buried it. Oppose Trump on his real crimes, not via an intra-elite battle.

His point was that there was never any evidence of Russian collusion:

When you ask “why?” we can already rule out one answer: to cover up a Trump-Russia conspiracy — because there was none. Hence why if you look at each actual Russia-tied lie, they’re extremely minor & not worthy of the energy & hopes they’ve received – exactly Chomsky’s point.

Even so, Mueller did not completely exonerate Trump. Robert Reich, the former US secretary of labour, pointed to Trump’s apparent attempts to obstruct the investigation:

The case of obstruction of justice against Trump continues to grow. According to the Mueller report, he ordered close aides and associates to interfere in the Mueller investigation on multiple occasions. The parallels with Richard Nixon are startling. pic.twitter.com/OuPZRlJdPj

Mueller himself wrote in the report that:

certain individuals associated with the Campaign lied to investigators about Campaign contacts with Russia and have taken other actions to interfere with the investigation.

And specifically on Trump, Mueller pointed out that:

At the same time, if we had confidence after a thorough investigation of the facts that the President clearly did not commit obstruction of justice, we would so state. Based on the facts and the applicable legal standards, we are unable to reach that judgment.

Award-winning journalist Glenn Greenwald also admitted Trump’s apparent obstruction. But at the same time, he rounded on the journalists who pushed the Russian collusion “conspiracy”:

The NYT column from @DouthatNYT makes a similar point. The Mueller Report revealed what was long clear: Trump is a venal, corrupt, pathologically dishonest narcissist. But he wasn't in a conspiracy with or agent of Russia, as so many news reports depicted https://t.co/yWycpF4vYY pic.twitter.com/QY0SXICVRx

In sum: even those who hate Trump & want him impeached for obstruction are, if they're being remotely honest, required to acknowledge that almost every key claim from the Trump/Russia conspiracy drowning US discourse for 3 years was rejected by the Mueller Report. Just read it: pic.twitter.com/xbw31YBfnL

The report contains enough evidence for some people, though. Because of its contents, for example, senator Elizabeth Warren has called on Democrats to impeach Trump. Warren, who is also a Democratic Party hopeful for the 2020 presidential elections, argued that “Congress has a constitutional duty to start impeachment proceedings”:

I actually read the whole Mueller report. It’s clear Donald Trump obstructed an investigation into an attack on America and into his own behavior. Presidents are not above the law, and Congress has a constitutional duty to start impeachment proceedings. #WarrenTownHall pic.twitter.com/UqAQQz0Ue1

I agree! We must begin impeachment proceedings and investigate if the president committed impeachable offenses. https://t.co/hbo8LdODB5

Mueller’s report is clear in pointing to Congress’ responsibility in investigating obstruction of justice by the President.

It is our job as outlined in Article 1, Sec 2, Clause 5 of the US Constitution.

As such, I’ll be signing onto @RashidaTlaib’s impeachment resolution. https://t.co/CgPZJiULOL

With the 2020 elections soon approaching, Trump must be held accountable. But given the establishment media’s role in stirring up the Russian interference conspiracy, it may have just handed him a re-election victory. In spite of this, Democrats might still impeach him before then. And if that happens, don’t expect Trump to go quietly.