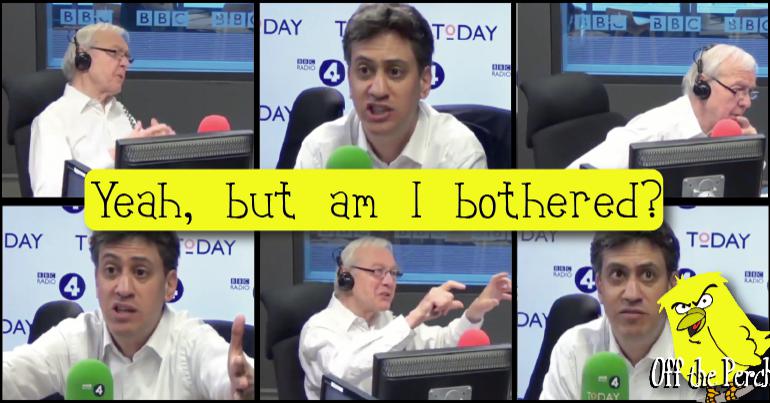 The BBC hasn’t decided if it should be bothered about the imminent extinction of all life on the planet yet. Or parts of it haven’t, anyway. Some presenters, like John Humphrys, clearly just couldn’t give a shit:

The @Ed_Miliband interview on climate change on @BBCr4today another example of why time for John Humphrys to go. Constant interruptions, dogmatic and deeply ill-informed. Added nothing to understanding of issues – just ignorance in face of coming disaster.

But why? Why would a man in his later years not care about an issue that won’t significantly ramp up until after he’s already dead?

Of course, simply being in one’s twilight years doesn’t mean you have to stop caring. You also have to be a real piece of shit. Or an idiot.

Some lucky people are all three.

A spokesperson for the BBC explained:

Look – it’s about balance. On the one hand, we have people who want our species to survive. On the other, there’s a bunch of poisonous knuckleheads who’d rather the world burn than they have to spend a second working in solidarity with others.

We’re still not convinced climate change is a serious issue. Surely we’d be taking it seriously if it was?

The BBC’s handling of climate change raises a few important questions, like:

Unfortunately, the broadcaster does still ‘inform’ a great many Britons. As such, its woeful coverage needs pointing out.