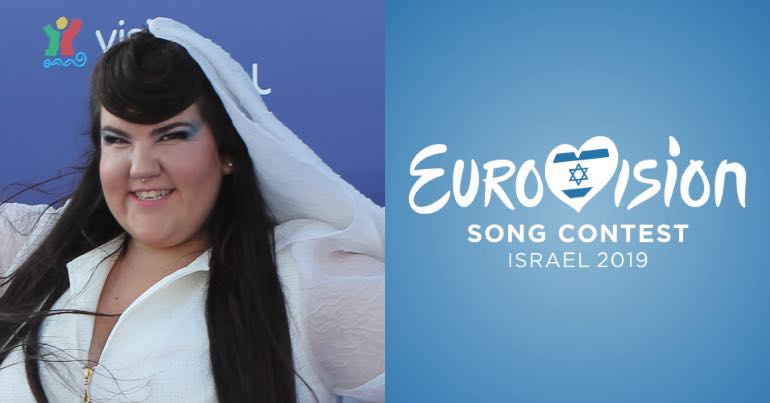 Israel’s Eurovision Song Contest winner has asked people not to boycott the event.

Netta Barzilai, who won the contest last year, said the event is a “festival of light”. But activists have called on people to boycott the event which is due to take place in Tel Aviv in May. They have argued that Israel is using Eurovision to cover up its abuse of Palestinian people’s rights.

Barzilai argued that people calling for a boycott are “spreading darkness”. She also claimed that they “might be going against their own beliefs” as a result. However, she pointed out that she would perform for Palestinian people if they asked her, saying:

I wasn’t invited, but if my singing could solve problems, I would go.

But in spite of this, she avoided delving too far into politics, stressing:

When I will say my political opinion, I will bring hearts apart instead of bringing them together

Barzilai is not alone in criticising the calls for a boycott. A number of celebrities, for example, have signed a letter in support of holding Eurovision in Israel. Creative Community for Peace (CCFP) published the letter which declared “music is our shared language”. Therefore, the authors argued:

the spirit of togetherness is under attack by those calling to boycott Eurovision 2019 because it is being held in Israel, subverting the spirit of the contest and turning it from a tool of unity into a weapon of division.

Stephen Fry, Sharon Osbourne, Rachel Riley, and Rory Cowan are among the signatories. Cowan, an Irish actor, has previously spoken at an event hosted by the Israeli embassy in Dublin, saying “I stand with Israel”. At the same event, he also accused activists of using boycotts “as a sledgehammer against Israel”. The Ireland Palestine Solidarity Campaign (IPSC) described Cowan as “a well known propagandist for Israel’s apartheid regime”.

The CCFP is a front for Israeli lobby group StandWithUs, and activists have pointed out the latter’s “close ties to the Israeli government”.

A number of celebrities and organisations, however, support a Eurovision boycott. Pink Floyd’s Roger Waters, for example, has said that artists who perform in Israel:

normalise the occupation, the apartheid, the ethnic cleansing, the incarceration of children, the slaughter of unarmed protesters.

A number of Irish LGBTQ+ activists have also called on Ireland’s Eurovision entry to boycott the competition. The signers, including two members of the Irish senate, said that Israel is using Eurovision to:

make its record on gay rights trump its continued occupation and brutalization of the Palestinian people.

Last year, meanwhile, over a hundred artists wrote a letter to the Guardian saying that “there should be no business-as-usual” with Israel as long as discrimination against the Palestinian people continues. They went further, insisting that:

Eurovision 2019 should be boycotted if it is hosted by Israel while it continues its grave, decades-old violations of Palestinian human rights.

The Israeli state does appear to fear the Boycott, Divestment, and Sanctions (BDS) movement. Recently, it has lobbied the Irish government and Irish politicians to block legislation that would ban trade with illegal Israeli settlements. And it is now using celebrities to try and undermine the calls for a Eurovision boycott.

Israel is trying to use the Eurovision contest to convince the world that it’s a liberal state – a haven of equality. But given the recent victory of the extreme right in the Israeli general elections, the state will find it increasingly difficult to hide its treatment of the Palestinian people.

Stepping up our support for the Palestinian people is more important than ever. And that’s why boycotting the Eurovision contest matters.