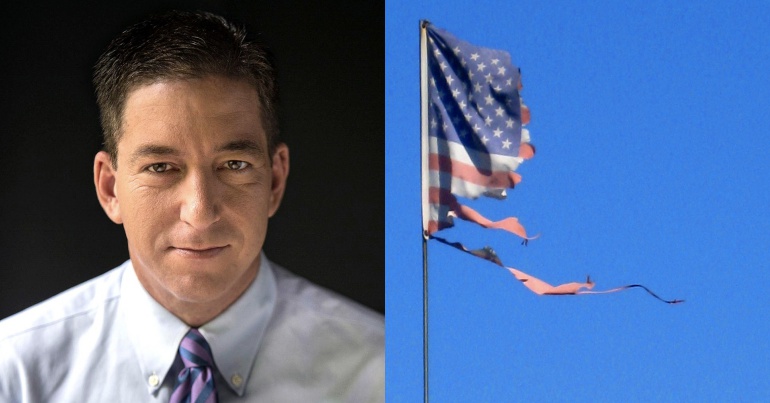 The Venezuelan coup attempt is currently in its “the final phase”, according to US-backed opposition leader Juan Guaidó. But as key US Republicans and establishment Democrats back the latest intensification of the coup attempt, award-winning journalist Glenn Greenwald has shamed them all by reminding them of their supposed opposition to foreign political “meddling”.

Venezuela: a perfect example of US “meddling”

Guaidó is calling for military defections and asking Venezuelan people to take to the streets. He’s demanding that people support efforts to oust Nicolás Maduro’s democratically elected government. As he did so, Donald Trump’s secretary of state, Mike Pompeo, backed Guaidó’s call for military action:

Glenn Greenwald has previously criticised establishment Democrats for obsessing over alleged Russian ‘meddling’ to get Trump elected in 2016 even though there is little evidence to prove such an allegation. But Greenwald knows meddling when he sees it. And in response to Pompeo’s support for the coup attempt in Venezuela, he tweeted:

Now *this* is what's called "meddling" in the internal affairs of other countries: https://t.co/Bi5XX2ESeX

Funny, I don't see many Democrats who just went through yet another round of hyperventilation about "foreign interference" in US domestic affairs complaining that the Trump Administration is once again directly interfering in the affairs of Venezuela to overthrow the government

Just last week, a scathing report suggested that US sanctions have killed 40,000 people in Venezuela since 2017.

Trump’s Republican administration has openly supported this attempted coup from the outset. But as his favoured media outlet Fox News has claimed, “a growing number” of “Democratic Venezuelan-Americans” have questioned “whether their party’s actions go far enough”. It also criticised “a new generation of outspoken, progressive Democrats” who’ve opposed the attempted coup in Venezuela. Ilhan Omar, for example, previously grilled Elliott Abrams, Trump’s special envoy to Venezuela, over US interference.

But as Greenwald pointed out when key establishment Democrats shared the Fox story, their ‘analysis’ was riddled with ‘deceit’, ‘lies’ and hypocrisy:

Two of the most outspoken politicians supporting the Trump administration's regime change efforts in Venezuela have been @DWStweets and @DonnaShalala. This tweet deceitfully tries to claim the Trump Admin is siding with Maduro but that's an obvious lie. Dems stand with Trump: https://t.co/qiBpdWFpVz

The people of #Venezuela shouldn't be made to suffer a bloody civil war to satisfy the greed of foreign investors. Bolton & Trump have said outright: WE WANT THEIR OIL. US desperately needs a true opposition party & independent media that won’t just rubber-stamp war for profit.

Events are moving fast. As The Canary reported, the current situation depends on the number of military defections Guaidó can achieve. Maduro has insisted that all the country’s commanders remain loyal to the government. But civil war can’t yet be ruled out.

As journalist Owen Jones tweeted, the world needs to remember the immense damage the US has caused in the past before championing civil war or military intervention in Venezuela:

Anyone who looks at the post-war history of Latin America and its multiple military coups and thinks that a Trump-backed military coup will help Venezuela is either painfully naive or plain malicious.

Indeed, this would be far from the first time that US meddling has caused death and destruction in a Latin American country. As The Canary previously noted:

The US has long used CIA operations to spread its influence abroad. This meant supporting numerous coups, campaigns of state terror and brutal far-right dictatorships. In recent years, this agenda has continued – just in slightly different ways – in Paraguay, Honduras, Brazil and (so far unsuccessfully) in Venezuela and Nicaragua.

The next few hours and days are crucial to determine Venezuela’s future. But Greenwald is absolutely spot on to call out both Republicans and establishment Democrats for supporting yet more US meddling abroad.