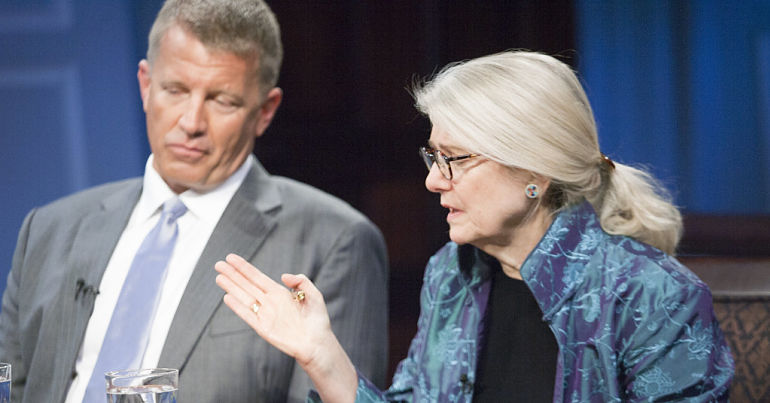 On 30 April, Reuters revealed that Erik Prince, founder of notorious US private security firm Blackwater, has been developing plans for “a solution for Venezuela”. This solution reportedly involves deploying “a private army to help topple Venezuela’s socialist president, Nicolas Maduro”.

Former Navy SEAL Erik Prince founded Blackwater in 1997. The private ‘security’ company then worked closely with the US state department and CIA, as Blackwater guards were deployed during various cases of US foreign intervention.

The company received global attention in 2007, when Blackwater officials were implicated in a “notorious… incident that left 17 dead in Baghdad”. The incident was the Nisour Square massacre, for which US courts found Blackwater security guards guilty on counts of murder. Blackwater’s presence in Iraq not only raised legal questions about behaviour on the battlefield but about the use of the private sector in war contexts. And in the words of Jeremy Scahill, a US journalist whose work on Blackwater is world-renowned:

two questions… should have been asked long ago: whether the government’s heavy reliance on private security is serving US interests in Iraq, and whether the specific conduct of Blackwater has advanced or impeded US efforts.

Blackwater is now named Academi, and is under different management. In February 2019, Prince reportedly “signed a deal to build a training base in China”.

According to the Reuters article, Prince:

sketched out a plan to field up to 5,000 soldiers-for-hire on behalf of Venezuelan opposition leader Juan Guaido…

The two sources with direct knowledge of Prince’s pitch said it calls for starting with intelligence operations and later deploying 4,000 to 5,000 soldiers-for-hire from Colombia and other Latin American nations to conduct combat and stabilization operations.

One of Prince’s business associates, Lital Leshem, previously said that Prince has:

In response to the news that Prince has developed private security plans for Venezuela, media outlet redfish claimed “Venezuela’s people’s militia will be ready”:

A new report has revealed that founder of shady private security firm Blackwater has been scheming to use 5,000 mercenaries to topple Nicolas Maduro. But Venezuela's people's militia will be ready. Meet the people defending Venezuela's revolution. https://t.co/YgsnqW3mEH pic.twitter.com/dk9635qhxj

The Canary also visited one of Venezuela’s civil militias. These entities are fundamentally different from the type of private military units directed by Prince. As one militia member explained:

The militia is part of our constitution. We come here as volunteers; we do all sorts of training: rifle training, grenade training. But we don’t take any of our arms home – they stay in the training camp.

Prince’s plans for Venezuela may never come to fruition. But whatever happens, ordinary Venezuelans most certainly won’t hand their country over to foreign interests without a fight.