Many people think Change UK is actually pro-Brexit, proving the party’s a monumental failure - The Canary 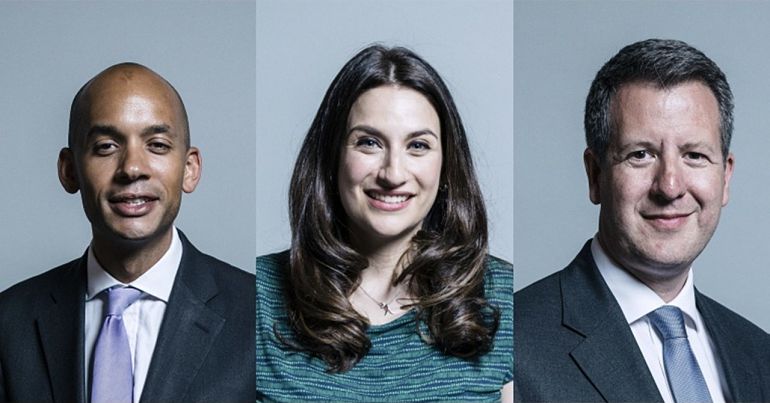 13% of the public think Change UK, which bills itself as the “natural home of the ‘Remain Alliance'”, is pro-Brexit. This proves yet again that the new party has made a pig’s ear of its formation.

On 18 February, Change UK formed from a group of MPs who defected from the Conservatives and Labour. These include former Labour MPs Chuka Umunna, Chris Leslie and Luciana Berger.

Not that many people know that Change UK is actually a pro-Remain party as well, with that figure standing at 38%. YouGov’s findings come despite widespread, and largely positive, media coverage of the new centrist party.

It’s true that a significant portion of the public may not follow Westminster goings-on closely. But Nigel Farage’s Brexit party is a useful comparison. Despite it also launching recently, 79% of the country know the party is pro-Brexit.

The thing is, Change UK’s pro-Remain position may have been blurred by its gaffe-ridden launch and branding. On the day of its launch, Change UK MP Angela Smith referred to Black, Asian and minority ethnic (BAME) people as being “a funny tinge”, which she later apologised for.

And the situation hasn’t really improved. Within 24 hours of declaring, Change UK had to force two of its candidates for the European elections to resign over allegedly racist comments. First, it became known that London Change UK candidate Ali Sadjady had said:

When I hear that 70% of pick pockets caught on the London Underground are Romanian it kind [of] makes me want Brexit.

Then it emerged that Joseph Russo, billed as the party’s top pick for Scotland, had said:

Black women scare me. I put this down to [being] chased through Amsterdam by a crazy black wh***

hit [a] societal nerve and that needs to be acknowledged

And Mulready allegedly pointed to Islam as the cause of terrorism, saying it could be:

But it’s long been mainstream opinion that Western regime-change wars are a leading cause of terror. And Change UK MPs have backed these wars, which Labour leader Jeremy Corbyn opposed.

On social media, people reacted to the YouGov polling:

This truly goes to show just how utterly disastrous The Independent Groups/Change UK's entire operation has been.

Just 38% of people see them as an "anti-Brexit party" – despite stopping Brexit literally being their only policy. https://t.co/dXqHfmroNq

the TIG/CUK will be remembered for years as a marketing masterclass in mishap https://t.co/1XOaXHoPWv

And others noted Change UK’s Westminster polling, which stands at around 3%:

Congrats to TIG/CHUK for polling one percentage point for every racism scandal they’ve had this week. https://t.co/J8W9A6NVfI

It’s safe to safe things still aren’t going well for Change UK. And these centrist MPs are supposed to make up for their lack of vision with savvy politics. Yet 13% of the public thinks the party, which has being pro-Remain as its flagship policy, is actually pro-Brexit. The whole shebang has been a monumental failure.