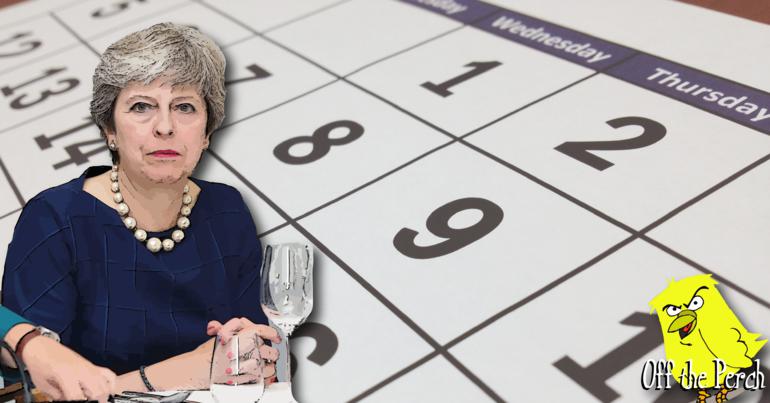 Theresa May has made it her mission to fuck Britain as thoroughly as possible. She did a good job of it. But now her departure is looming, and many aspects of British life remain un-fucked.

What will she do to rectify that? She’s got an idea, actually.

Race to the bottom

May has a scheme to ruin vast swathes of the country as quickly as possible. Her chief boffin explained to us:

The PM commissioned a giant robot that will stamp up and down the country – destroying wildlife and areas of natural beauty. Said robot will have water cannons filled with piss to give ordinary Britons a taste of her legacy. It will also have ‘GO HOME’ written on the side for good measure.

As you’d expect from a scheme devised by May, the robot is unlikely to ever be realised. The boffin continued:

She explained what she wanted. To build it, she gave us £50 and a binbag full of lollypop sticks. We tried telling her that we couldn’t build a 100tn piss-robot with that. She said, ‘not with that attitude’.

The boffin shook his head before summing up May as only a brain-genius could:

He then apologised to everyone in the clown community.