Change UK changes its name to 'Chuka Umunna is a Cheating, Lying B*stard' - The Canary 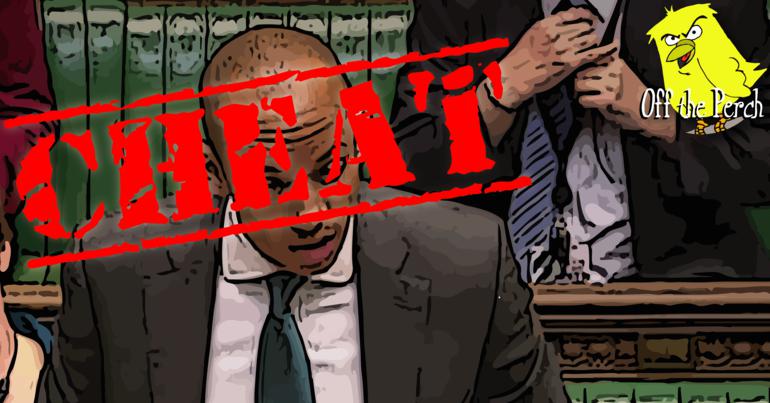 Change UK has gone by many names, including:

Despite the party primarily being setup to massage Umunna’s considerable ego, the man himself has now left. Consequently, the idiots who put their trust in this obvious political chancer are furious with him. To make their anger manifest, they’ve changed the name of their political shindig to ‘Chuka Umunna is a Cheating, Lying Bastard’ (CUCLB).

When Umunna first left, his CUCLB acolytes entered into the five stages of grief. Anna Soubry said upon his departure:

I can’t believe that he’s done this. Feel like pure shit, just want him back.

I’LL HURT YOU TOO!

IF YOU CAN READ THIS, I MUST BE LYING!

Mike Gapes was spotted shredding Umunna’s recent manifesto and dumping what remained out of the CUCLB office window. Said office is the first floor flat above an East London KFC – a big downgrade from their former HQ inside Nando’s.

Fool me twice, welcome aboard

Conversely, the Liberal Democrats are said to be very happy with their latest signing. Vince Cable said:

We’re confident that the man who turned against two political parties in as many months; the man who has previously attacked both me and my party – is an ideal fit for the Lib Dems.

As Cable said this, Umunna’s eyes darted from side to side as he drummed his fingers together.