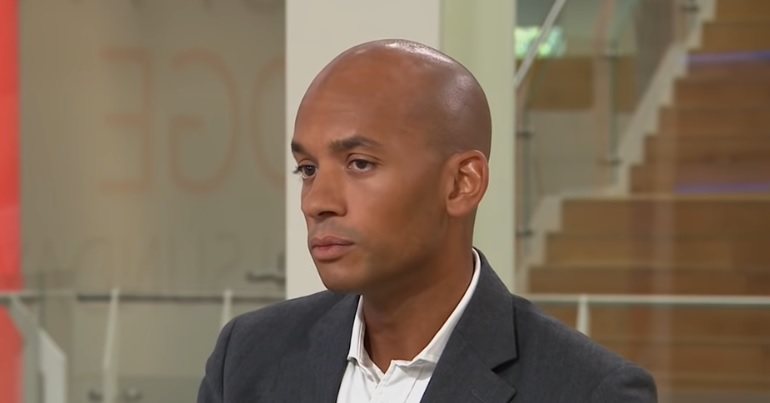 This is the third party Umunna has been a member of in the space of a year – after Labour and the failed ‘Change UK’.

‘I could never ever turn a blind eye to Coalition austerity’

In one post, which has now gone viral, Umunna suggested he could never forgive the Lib Dems for backing Tory austerity:

Whatever common ground we may have with LibDems & some Tories on Brexit I can't forgive what they've done to my area https://t.co/hMq7DEejah pic.twitter.com/vtvPzpBDE3

“You can’t trust a word”

Vince Cable talks about increasing the minimum wage, but you can’t trust a word the Lib Dems say.

Considering Umunna’s party flip-flopping, meanwhile, some have demanded a ‘People’s Vote’ on his own position as an MP, asking him to back a by-election. Labour Party chairman Ian Lavery, for example, said:

Whey aye Chuka….we believe you we really do !

Three parties in as many months….who’s next ?

Put your immense popularity to the good people of Streatham…let’s have a PV on you and your principles.#letsgoforit #byelectionnow https://t.co/aIisN7loaf

Umunna himself criticised MPs who “sit in their comfort zone” and “plough on regardless”, insisting he was putting his principles ahead of his career. He continued:

I get called a careerist but… the things I’ve done are the antithesis of what it is to climb up the greasy pole.

You don’t leave the political security of one of the two main parties to further your career – anyone can tell you that.

He also claimed the Lib Dems have now changed their stance on austerity, saying they’d voted against “every single one” of the Conservative budgets since 2015 and supposedly standing on an anti-austerity manifesto in 2017.

If Umunna really is putting principles over his career, though, surely he should let his constituents decide whether they’re happy to support those principles.

Featured image via screenshot, and additional reporting by the Press Association