Urgent reforms only way to save justice system from collapse, lawyers warn - The Canary 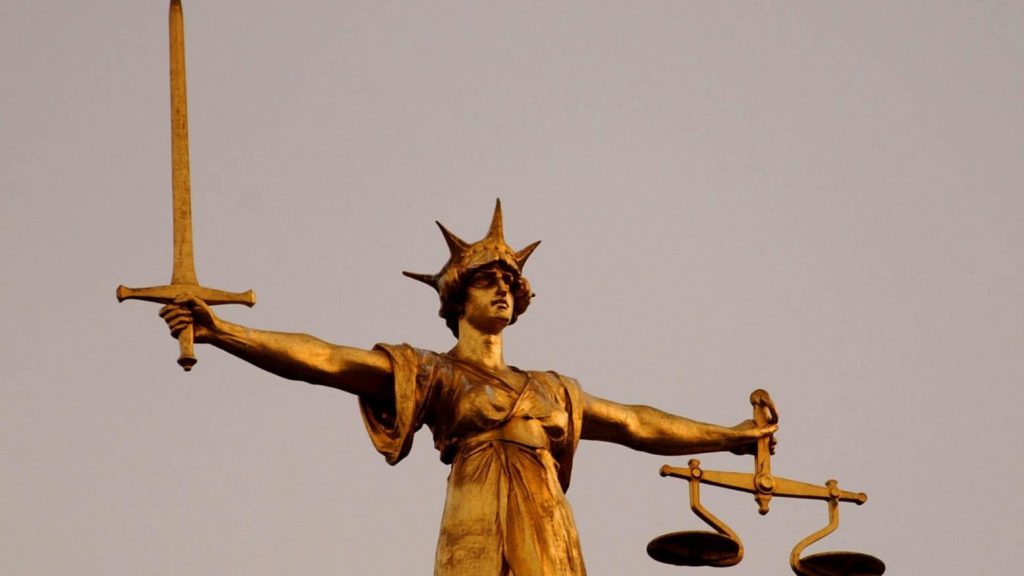 The “crumbling” criminal justice system is heading towards total collapse unless the Government makes rapid reforms, the professional body representing solicitors and barristers has said.

The Law Society of England and Wales said steep cuts made since 2010 has left the system at “breaking point”.

In a report published on Friday, it called on the Ministry of Justice to hike legal aid, halt its programme of court closures and rethink its uses of technology to try and cut costs.

Titled “Justice on Trial”, the report said that fewer and fewer people are choosing criminal law as a career, deterred by long hours, low pay and a huge amount of travel.

It said cuts to legal aid have created an “innocence tax” on those just above the income threshold who are forced to pay their own legal fees, tipping many defendants and their families into poverty.

“Many face a difficult choice – risk their reputation, family and relationships, and the possibility of a prison sentence, or sacrifice their life savings to pay for the legal advice they need,” it said.

Elsewhere, court closures are forcing defendants to travel long distances, in some cases using up large chunks of their universal credit allowance on transport costs.

It found that cuts to youth courts are forcing children under the age of 18 from different areas to use the same court building, putting them at risk of gang violence and reprisal attacks.

It was also critical of the system of “warned” and “floating” court cases, whereby courts are overbooked on the principle some trials will not go ahead or will be shorter than expected.

The system means victims, witnesses, lawyers and defendants are forced to wait at court indefinitely for a hearing slot over a number or days or weeks.

So few law students are now opting for a career at the criminal bar, the average age for a criminal duty solicitor is now 47.

The report said within 10 years some areas may not have enough duty solicitors to cover all those suspected of or charged with a crime, leaving them without legal advice.

It also found that many hours of court time are lost due to faulty technology, for example broken video links or computer systems failures.

New technology was intended to speed up justice and mitigate the impact of court closures, but the Law Society urged the MoJ to rethink this approach.

“Courts are being closed before technology has been tested, evaluated and proven to work,” the report said.

Solicitors can spend hours trying to book legal visits with their clients in prison using complex and outdated systems such as fax, only to find that the defendant has been moved to another prison.

It also criticised delays to the serving of evidence, with barristers often being handed complex items such as body-worn camera footage or sheaves of documents a matter of days or hours before trial.

The report called on the government to make a series of reforms to save the justice system from collapse, including raising the income threshold for legal aid and increasing legal aid payments to solicitors and barristers.

It called for warned and floating court cases to be abolished and all cases to be given a fixed time slot, and a centralised IT system be implemented for booking legal visits to prisoners.

Another recommendation was better remuneration for lawyers specialising in youth justice to ensure a higher rate of retention to the profession.

It also recommended a target deadline for youth cases to be heard, to reduce the stress to victims and defendants.

The report said delays were so commonplace that many youths faced trial at crown court for offences committed as minors.

There is currently an average of a 200-day wait for a case to get to court, while the Ministry of Justice has lost a third of its budget since 2010, the report said.

Law Society president Christina Blacklaws said: “Our system is based on the principle that people are innocent until proven guilty.

“Yet people’s lives can be ruined before a case even reaches trial. The accused are not the only ones to suffer.

“Our broken system also has a negative impact on victims and witnesses of crime who face avoidable inconvenience, cost and stress as a result. Without action, the situation will only get worse.”

She added: “To save our ailing criminal justice system, we are calling on the government to adopt the recommendations in this report as a matter of urgency.”

A Ministry of Justice spokesman said: “We continue to engage legal professionals at all levels as part of our reviews into both criminal legal aid fees and the means test. This report will inform these reviews as they progress.”