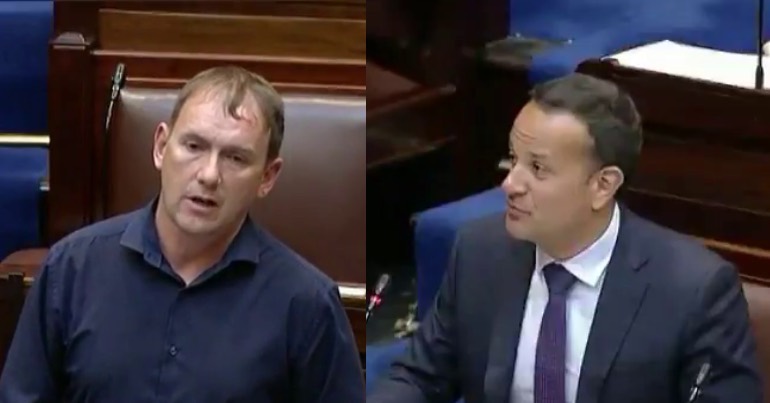 Members of the public have criticised the Irish prime minister for his apparent lack of a concern to a question from a member of parliament. Leo Varadkar was being asked by Gino Kenny when there’d be an update on access to medical cannabis. Varadkar’s short answer was “same reply”, in reference to his previous answer to a similar question. His response, or lack of, has since been roundly condemned.

Martin revealed that, in the meantime, the government gave only “14 import licences” to people for medicinal cannabis. And as a result, he called on Varadkar to clarify when he and his government will introduce the “compassionate access” programme. Varadkar responded by saying:

It is being worked on by the Minister and the Department of Health. I do not have an up-to-date position but I will certainly make sure it is provided to the Deputy.

For his part, Kenny – from the left-wing People Before Profit party – detailed to Varadkar the struggles one family has with importing medicinal cannabis. He revealed that the government granted the family an import licence last year. But he told Varadkar that they’ve just found out the state will not refund them the €9,000 per year for the medication. This now means the family can’t afford the treatment which, he said, had “made a dramatic difference to their daughter’s life”:

This is so important. I have been banging this drum for the last three years. I am so, so frustrated. It doesn’t compare to the frustration the families have.

Because of this, he asked Varadkar:

Is there a commencement date for the cannabis access programme?

And Varadkar, referencing his earlier response to Martin, simply said:

This is a disgraceful way for the Taoiseach @LeoVaradkar to address a member of parliament – @Ginosocialist has the very same mandate as every other politican in the #Dail pic.twitter.com/uxVmQwUMss

There was widespread anger at Varadkar’s lack of a reply, not least from Kenny. He protested that Varadkar “can give a better answer than that”. And he went on to insist that his answer was “unbelievable” and “disrespectful”.

People also voiced their disgust with Varadkar online. One person described his behaviour as “disgraceful”: 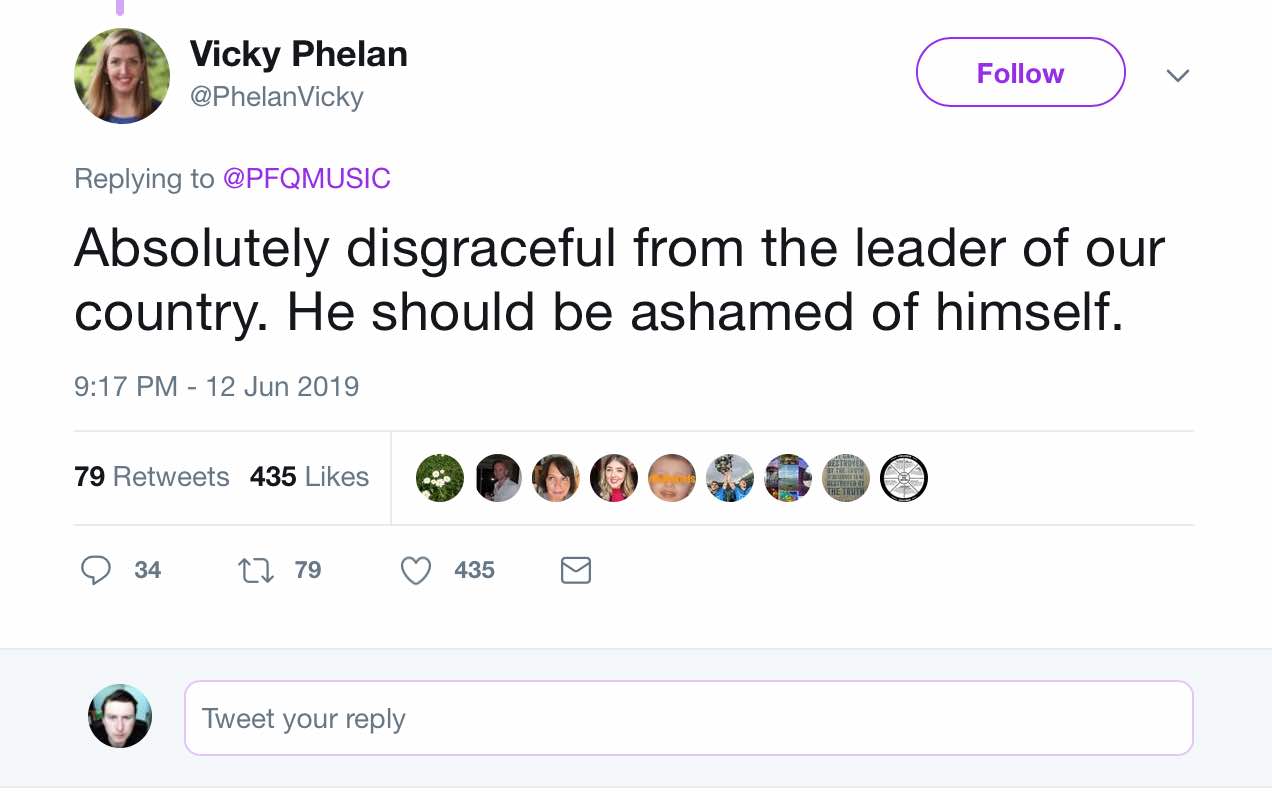 Another accused him of simply being arrogant: 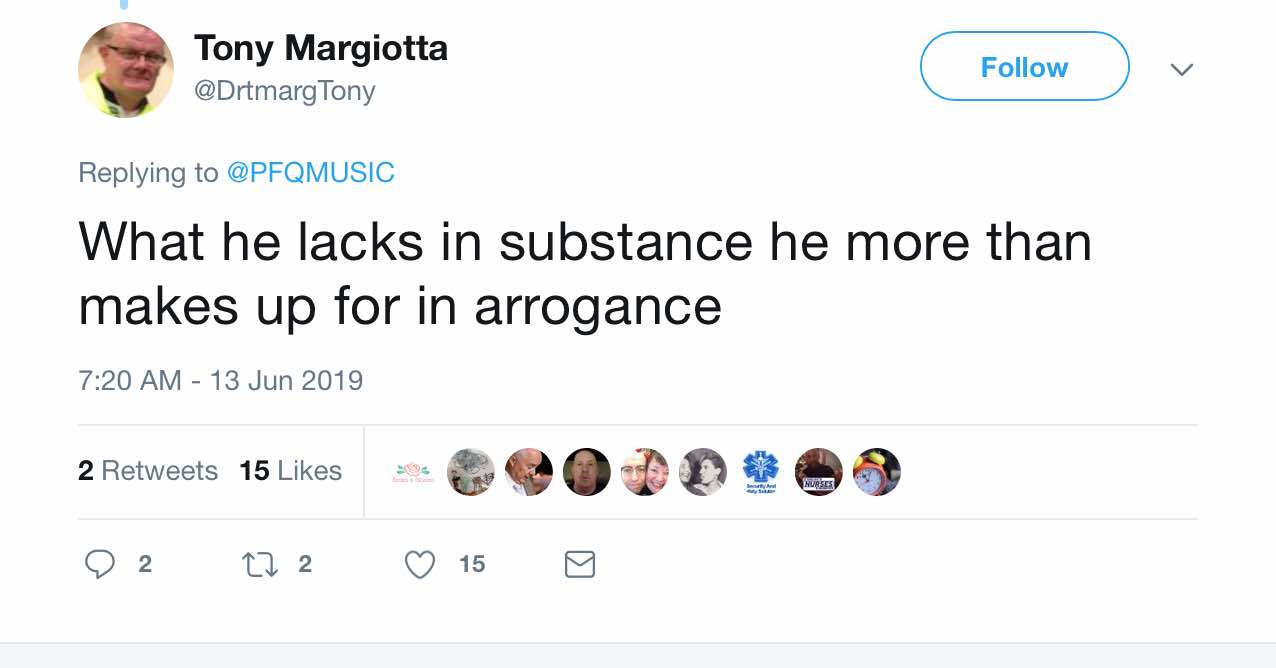 Irish MEP Luke “Ming” Flanagan accused Varadkar of being a “snob”, amongst other things:

'Our Taoiseach' is a snob. He has nothing but contempt for ordinary people. https://t.co/lSTE0UscDJ

Someone else, meanwhile, argued that Varadkar’s reply was unique in Irish politics:

This is not an easy watch. Can you think of another #Taoiseach in the history of the state who would reply to #Dáil colleague in this manner? https://t.co/5YvcGIWJi1

Twomey previously had to live in the Netherlands with her family to secure her daughter’s access to the medication. This was because the authorities confiscated the medicine in Dublin Airport after she attempted to enter the country with it. The government has since granted her a licence allowing her to import it.

She declared that Varadkar’s reply was “an outrage”:

I have no words for the way Gino Kenny td has just been treated in the dail by leo varadkar. It is an outrage

And in an open email to him, she wrote:

When the issue of medical cannabis is disrespected it disrespects the patients like my daughter Ava who are benefiting from it and disrespects those seeking a licence as we speak.

Varadkar’s reply to Kenny shows what he thinks of ordinary people. He dismisses them out of hand because he’s an elitist snob. The UK has its Johnsons and its Rees-Moggs. And Ireland has its Varadkars.

His apparent lack of concern for people most in need of help — such as those suffering with his government’s horrendous record on homelessness — will be his undoing. And it can’t come soon enough.