Leadership runners-up clash over who gets to lose least - Canary 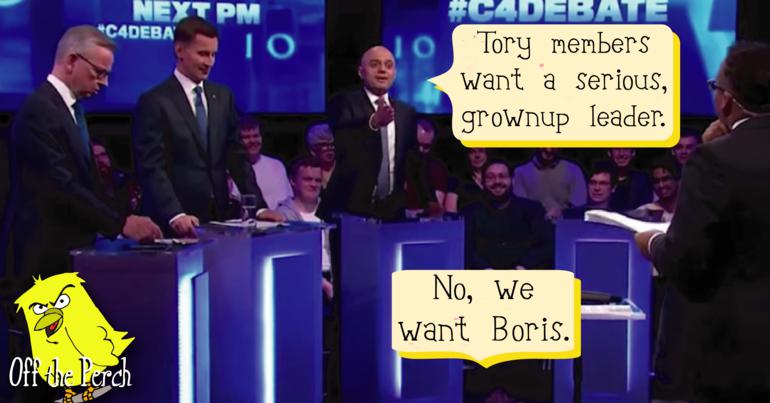 Although the race to become Tory leader/PM is officially running right now, it really isn’t. It actually began when Theresa May became PM, and it ended when she resigned. The winner – unfortunately – is Boris Johnson. And whether they know it or not, his rivals are competing for distant second place.

Our next prime minister will be chosen by Tory Party members.

Johnson won the leadership by displaying all the characteristics that appeal to Tories, namely:

To catch up to Johnson, his rivals would have needed to read out a Jim Davidson edited version of Enoch Powell’s ‘Rivers of Blood’ speech while burning £50 notes in front of a homeless economics expert. Instead, the fools talked about how they’d ‘fix’ the country – a problematic move because:

To be fair, Jeremy Hunt has wised up to the grim dystopian vision that Tory members want. That’s why he’s vowing to euthanise people’s nans.