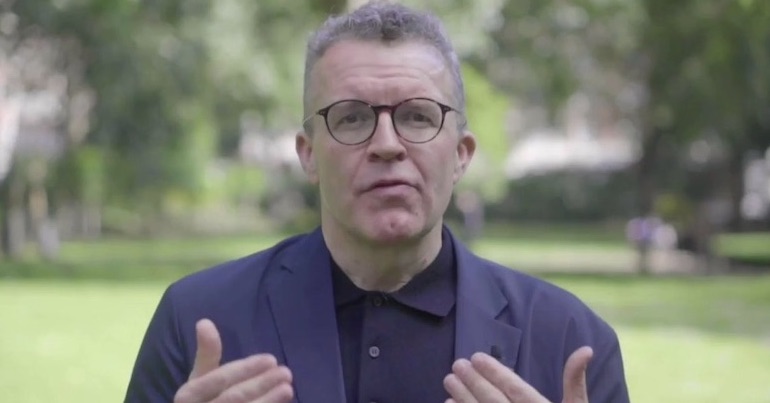 As the Conservative leadership contest trundles on, now is the perfect time for unity in the Labour Party. The UK’s divided; and with many wannabe PM candidates threatening a no-deal Brexit, the stakes get higher each day. And Labour is the only party trying to bridge this divide and appeal to both Leave and Remain voters in order to tackle more critical issues. But then, along comes deputy leader Tom Watson.

Labour is ahead in some polls as the Conservative Party flags. But worryingly, the Brexit Party also seems to be gathering support. Yet the recent Peterborough by-election suggested that Labour’s position – keeping all options on the table – could be vital to win elections.

On 17 June, Watson insisted that the “left hasn’t countered” right-wing rhetoric about Europe. He also went against Labour policy and said, “we must argue strongly to remain” in the EU. Astonishingly, he also argued for “solidarity”, and said “socialism is achieving common causes by the strength of collective endeavour”:

The core values of the EU are: Internationalism, Solidarity, Freedom. They are British, Labour values. Our future doesn’t need to be Brexit. We can change our future. But only if Labour makes the case for it – and we must. #proudlybritishproudlyeuropean pic.twitter.com/YKr5RoeLgF

Deputy leader Tom Watson says his party must shift its #Brexit stance to be "loud and proud in support of Europe"https://t.co/V7pLZN1OWm pic.twitter.com/LcgyP3Qypo

It’s true that many Labour voters don’t want to leave the EU. But what Watson fails to acknowledge is that roughly 148 Labour constituencies voted Leave, while 84 voted Remain. Although this is difficult to calculate because the referendum results “weren’t counted by constituency seat”, these figures do reflect the “general pattern”. So Corbyn’s Labour sits between a rock and a hard place, since fully backing Remain would potentially alienate Leave voters. This could open the door for the Brexit Party to gather support, or for a hard-Brexiteer-driven No Deal.

Watson knows this, because it’s Labour policy to keep “all options” open – including a “public vote” – and it has been since 2018. Above and beyond anything else, Labour wants a general election.

With this in mind, many people noted that Watson’s move looks a lot like “sabotage”:

Labour *had* a clear anti Brexit position in 2016. It backed Remain

Anyone suggesting Labour switch to Remain now is trying to stop a Labour Govthttps://t.co/J7TiYyQHml

@tom_watson by insisting that Labour campaign for Remain, you are dismissing the democratic mandate of 17m people, and you are pushing us towards a Boris Johnson no deal Brexit.

Are you deliberately trying to sabotage a Labour executive under Corbyn?

If Watson ignoring Labour Leave voters wasn’t dodgy enough, then perhaps he needs a reminder of parliament’s Brexit votes since January. As grassroots socialist group Tory Fibs pointed out, no matter what Corbyn’s done to try to challenge Brexit, including an amendment for a second referendum, these votes keep failing in parliament:

10 reasons why you should ignore Tom Watson's efforts to hurt the Labour Party pic.twitter.com/WlOiaIU10A

In May, the Campaign for Labour Party Democracy issued a letter for Constituency Labour Parties (CLPs) to sign. This letter outlined the “harmful divisions” caused by Brexit and the need to:

address the horrendous societal problems that face us, especially those caused by ten years of austerity ruthlessly imposed on the disadvantaged by the Tory’s and Lib Dems.

The letter cautioned against “politics of bitterness and division” and called for Labour members to ‘stand together’. As it also noted, this is vital when facing “the desperate efforts of the hostile press and media to muddy the waters”. It also warned against a “very negative and harmful approach of saying, ‘bollocks’ to half of the population and to millions of Labour voters”.

Please bring this motion to your next CLP meeting 📰

We cannot say 'bollocks' to half the population and millions of Labour voters pic.twitter.com/ChqlQy4lZy

“Time to fuck off”

Watson seems determined to undermine Corbyn no matter what, while entrenching division even further. In many ways, he’s sunk even lower than Chuka Umunna, who at least left Labour and (finally) joined the Lib Dems. As Twitter activist Rachael Swindon wrote:

So Tom Watson will be doing his latest treachery today, in a desperate act of trying to maintain some sort of relevance.

Despite his many flaws, at least Chuka Umunna knew when it was time to fuck off and make his way towards a political outfit more in line with his ‘values’.

@tom_watson dude, stop attacking the Labour Party all the damn time, if you’re so desperate for the tories to be in power just fuck off and join them already

‘Fuck off Tom Watson day’ seems to have become every day

If this latest speech presents Watson’s version of “solidarity”, then it’s one that Labour really doesn’t need. And it seems it’s one that many Labour supporters don’t want either.