Biblical thunderstorms mark the coming of the anti-Corbyn - Canary 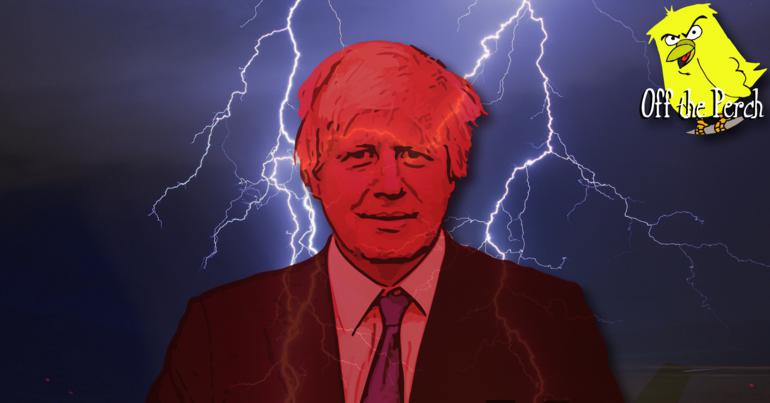 Despite the best wishes of the Daily Mail, Britain has been racked by thunderstorms since Boris Johnson became PM. 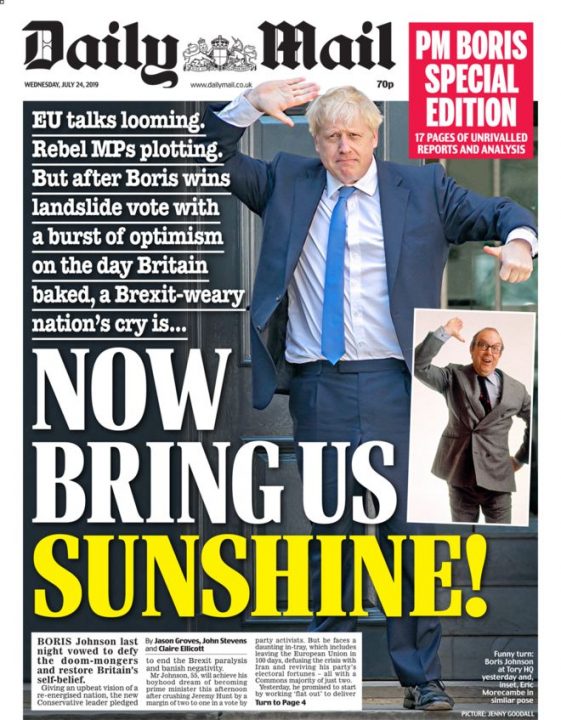 So is this all a coincidence? Or is it a message from the gods? A message which presumably reads:

What in our names have you little dickheads gone and done now?

The rump of Tory members who voted for Johnson love two things:

This is why the Tory leadership hopefuls set themselves up as a series of anti-Corbyns – throwing his name in whenever they could. Johnson has even made anti-Corbynism one of the four main pillars of his leadership.

What circle of hell have we descended into? https://t.co/hAMnhGkyrN

But does his opposition to Corbyn / mild social democracy really mean Johnson is some sort of hellish devil man? Well no, not in itself. It’s just that it does when you consider all the rest of it.

A high-ranking exorcist told Off The Perch:

You also have to look at Johnson’s racism, his general bigotry, and his full-blown support for a decade of Tory policy. There’s also the fact that he reeks of sulphur, and has the cloven hooves of a goat. And let’s not forget those red horns which grow from his head if he goes too long without sanding them. That’s why he keeps his hair looking like a fetid penguin nest.

The only problem with the Johnson-devilman theory is that many prophecies warn that the devil will be appealing when he comes. Beyond the handful of Tory members who voted him in, however, it’s difficult to see who’s charmed by this fiendish fop.