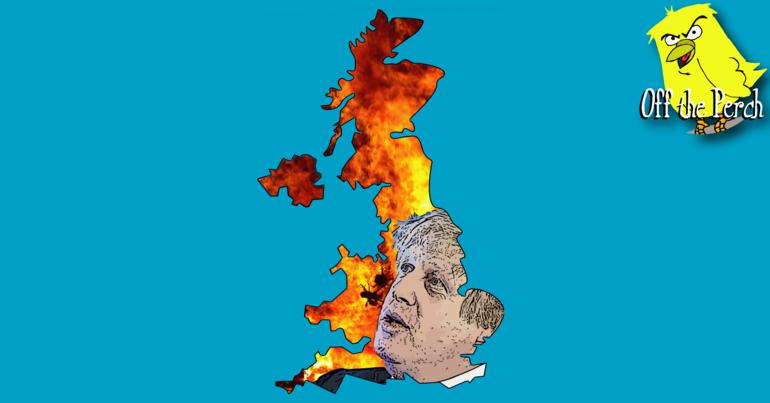 Despite all evidence to the contrary, Boris Johnson allegedly wants to keep the United Kingdom together. The problem?

Well – it turns out much of the kingdom is united in its dislike of him.

An Irishman, a Scotsman, and a Welshman walked into the Off The Perch offices. The first one told us:

It’s pretty obvious that the Brexiteers forgot Northern Ireland existed before the referendum. It’s pretty obvious they don’t care what happens to us now they’ve remembered. As Johnson hired his new cabinet by using a sign of himself with the message ‘you must be this stupid to serve’, I can’t see things getting any better.

We’re not in the news as much, but we’re also unhappy with the shire’s choice of prime minister.

It’s not just Johnson letting the side down. It’s also the crack team Johnson put together, with an emphasis on crack:

Tories on #Scotland and which Raab regards as an English “region”.
If you still think this lot are competent or give a shit about anyone but themselves, or staying in power, then frankly, I don’t know what planet you’re on. pic.twitter.com/6rYv1uHqrq

Will this lead to the break-up of the UK? You’d think so. If only because Johnson said it won’t.