The Brexit Party got taken down for spreading vicious, racist lies - Canary 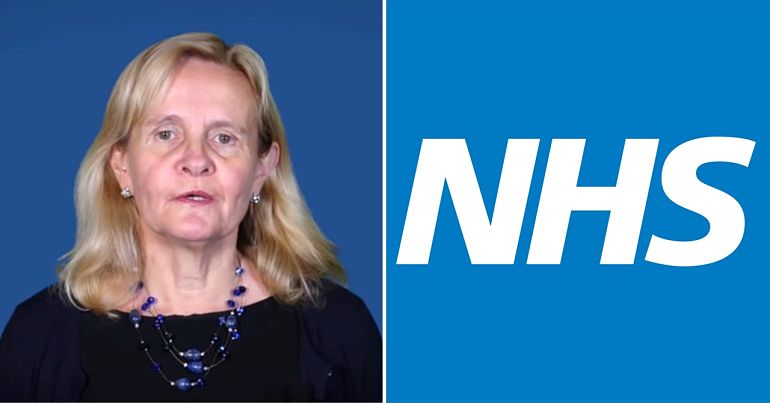 “Your racism is showing”

Blaiklock has form. In May, the former Brexit Party leader was forced to resign when evidence emerged of her racist and anti-Islamic past. As the Guardian reported, she:

repeatedly retweeted posts from far-right figures as well as sending her own messages. Among the messages she shared was one by Mark Collett, a former British National party (BNP) activist, referring to “white genocide”…

One of her own messages read: “Islam = submission – mostly to raping men it seems.”

Although she’s no longer Brexit Party leader, her website signposts straight to it.

On 30 July, she tried to insist that people from Pakistan are “abusing” the NHS. But her lies didn’t take long to unpick. For a start, she mentioned “Slough General”.

No such hospital exists:

You could have just checked that story was true by googling "Slough General Hospital". It doesn't exist.

So, one must deduce that either you are lying, or your friend is.

There is no such place as Slough General Hospital, there is a hospital in Slough; it is the Upton Hospital. Your racism is showing pic.twitter.com/tUzHBGi0uW

Blaiklock’s rubbish didn’t stop there. Firstly, Slough isn’t even in London. And people can’t simply travel to the UK to ‘abuse’ the NHS. NHS hospital treatment is only “free to people classed as ordinarily resident in the UK”. So it’s impossible for a fictional person to arrive from Pakistan and head to the imaginary “Slough General” for free treatment because:

To be considered ordinarily resident and entitled to free hospital treatment, you must be living in the UK on a lawful and properly settled basis for the time being. You may be asked to prove this.

I'm sure this is an honest mistake & absolutely nothing to do with racism.

Brexit Party founder Catherine Blaiklok is exposed again publishing racist lies on Twitter. She suggested that people are traveling from Pakistan to get free operations on the NHS at 'Slough General' – a hospital that doesn't exist and a process that would require an NHS number. pic.twitter.com/raI4QyoHjy

One Twitter user summed up just how utterly ludicrous Blaiklock’s lies really are:

More BREAKING NEWS from Catherine Blaiklock, Brexit Party Founder:
Gypsy Immigrants from Romania are using Slough General Hospital to steal our British unicorns. They're selling them to the EU so they can be brainwashed into becoming Socialists.#BrexitParty pic.twitter.com/t1yYMpWv0J

The Brexit Party is a cesspit, apparently filled mainly with homophobic, racist, climate-denying characters with links to the far right. Blaiklock’s latest lie is truly desperate, yet perhaps not unexpected, since fascism is based on lies and emotive manipulation. Thankfully people are wised up, watching, and ready to take those lies down.