While visiting Wales, Boris Johnson shuts the BBC in a tin shed to avoid questioning - Canary 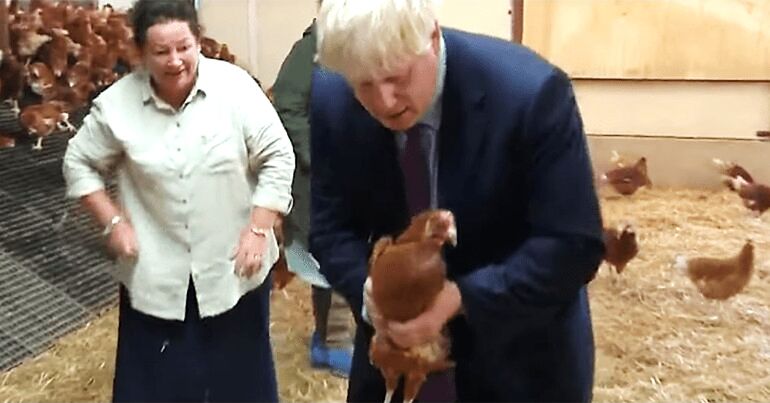 Boris Johnson is supposed to be ‘media savvy’. Yet the new prime minister had Welsh media journalists shut in a tin shed during his first visit to Wales at Shervington Farm near Newport on 30 July.

On Boris Johnson’s first visit to Wales as PM, BBC Wales News and ITV Wales are refused the opportunity to ask him a single question on camera

Channel 4 News also described Johnson’s visit as “tightly controlled”. Nonetheless, according to the National, onlookers booed the Conservative leader as he met Welsh first minister Mark Drakeford in Cardiff before heading to the farm.

There’s also tension between the two leaders, given Johnson is steaming ahead towards a ‘no-deal’ Brexit while Drakeford says the outcome would be “catastrophic” for Welsh industry.

Johnson’s treatment of even the pro-establishment media harks back to Theresa May’s 2017 general election campaign.

Take Harrow, London, where the former prime minister reportedly refused to take questions from anyone other than handpicked journalists. Or there was Cornwall on 2 May 2017, when local paper Cornwall Live reported:

Just 0.13% of the public has voted for Johnson to be prime minister. So bring on a general election.

If Johnson can’t even handle speaking to the pro-establishment BBC, he’s toast.