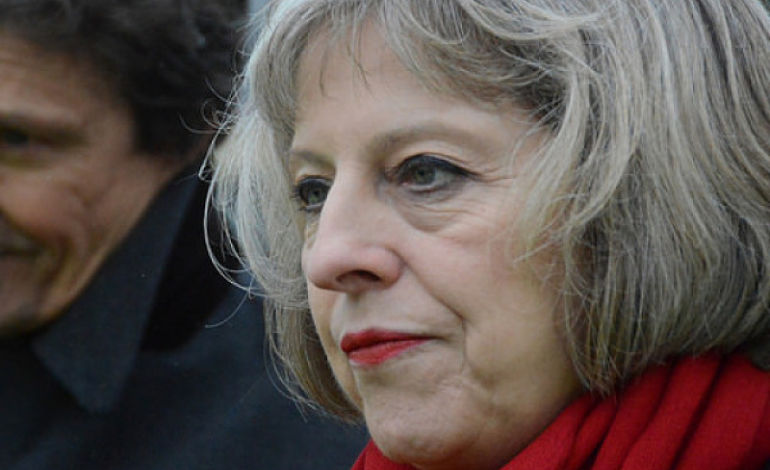 Theresa May visited Cornwall on 2 May 2017. But not only did she hide from local people, she also hid from the local press. And while her attempts to control the press would make any dictator proud, her strategy backfired. Spectacularly.

Theresa May is facing a massive battle in Cornwall. Tory MPs are defending marginal seats. There are huge questions of what will happen to European funding for the region post-Brexit. All headteachers in the area have written to parents about the government budget cuts to schools. Then there’s the fact that half the MPs in the area are implicated in the election fraud scandal. And that’s just for starters.

In the past, Cornwall has had its fair share of visits from politicians and royals. Usually, during these occasions, the local press are invited to take photos and generally promote what the dignitaries are doing.

But not this time. Cornwall Live, which normally covers such events, was kept well away: 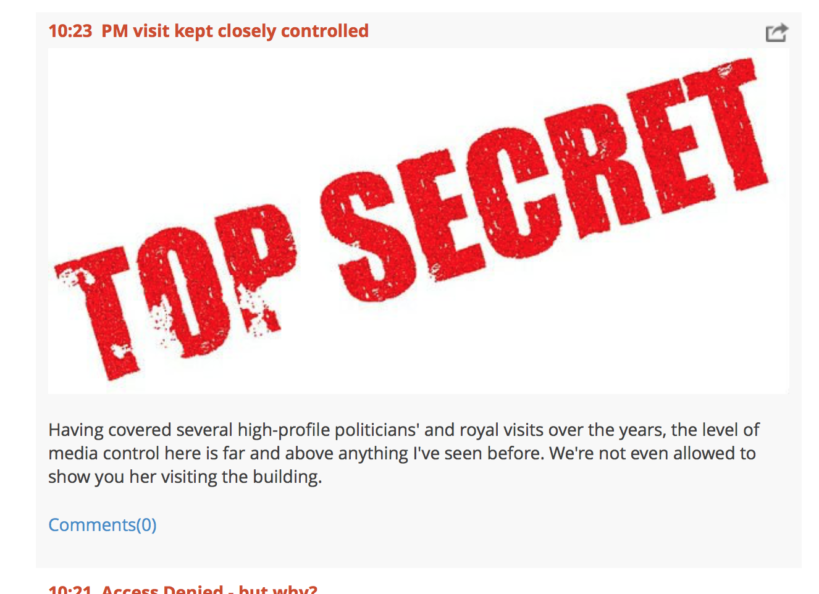 Here is another example of the tight media control over the visit: All journalists are only allowed two questions for Mrs May, and we are not allowed to film her answering our questions.

And when it was eventually allowed to ask her questions, its reporter was given three minutes before being ushered out of the room:

We’ve been allowed to ask our questions to the prime minister (although we are forbidden to film or photograph her answering them). 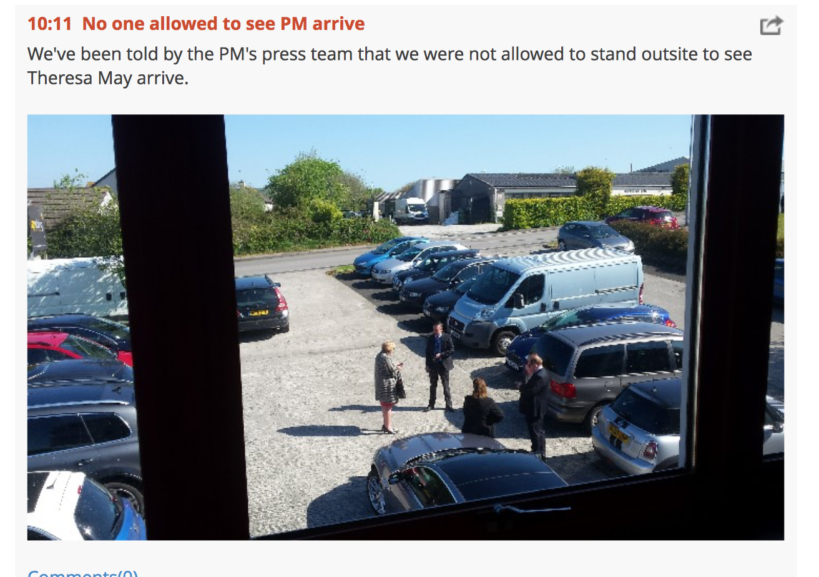 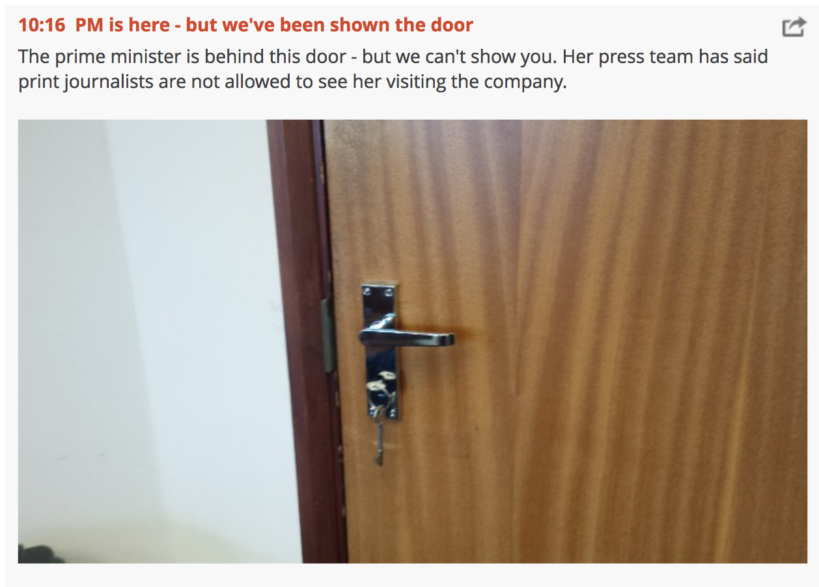 And a video released on the site showed the closest the team were allowed to film the Prime Minister:

One massive own goal

Theresa May might be appalling when she actually has to talk to real journalists and real people. But the strategy of keeping her at arm’s length is spectacularly backfiring.

For example, when David Cameron visited Cornwall during in January 2015, local reporters were allowed access. What followed read as a press release for the Conservative Party. Cameron was quoted; and his ideas and promises put forward without challenge.

This would probably have been the case for May’s visit, too. But both May and her team are so obsessed with controlling the message that they alienated the local press. And in doing so, she has scored a massive own goal. She has turned what would almost certainly have been positive coverage of her visiting Cornwall into another story about hiding from the press and running scared from local people.

Theresa May can repeat “strong and stable” until she’s blue in the face. But the reality is that while she’s avoiding the press and ordinary people, it is evident this is not the case. And the more she hides, the worse she looks.