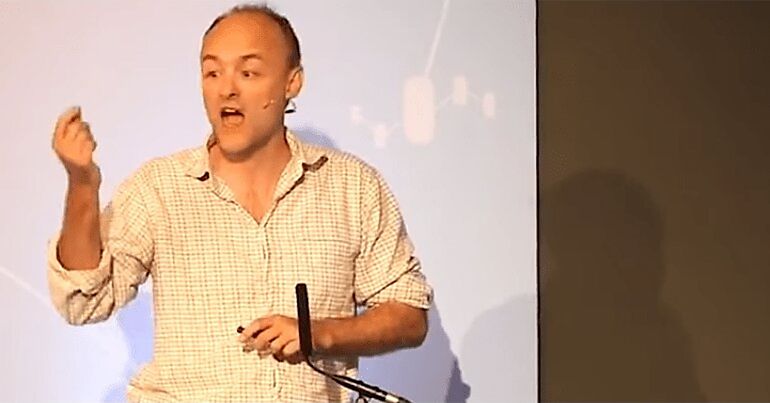 Boris Johnson’s special adviser once spilled the beans on his new boss and the wider Conservative Party.

They “do not care”

Speaking at a behavioural science festival in 2017, Dominic Cummings said:

People think, and by the way I think most people are right: ‘The Tory party is run by people who basically don’t care about people like me.’

That is what most people in the country have thought about the Tory party for decades. I know a lot of Tory MPs and I am sad to say the public is basically correct. Tory MPs largely do not care about these poorer people. They don’t care about the NHS. And the public has kind of cottoned on to that.

Cummings, who was campaign director for Vote Leave, is well-placed to make the assessment. He previously worked for former education secretary Michael Gove from 2007-14 as special adviser and chief of staff.

At the Nudgestock festival, Cummings was speaking to marketers about the behavioural techniques he used in the successful 2016 Vote Leave campaign. For instance, Cummings came up with the slogan ‘take back control’.

Nice to hear it from the horse’s mouth

Labour Party chair Ian Lavery described the comments as a:

The Conservative Party has overseen a huge transfer of wealth from the majority to the already rich over its past nine years in government.

Meanwhile, the rest of us have faced austerity cuts that, in the words of academics at Lancaster university, amount to “social murder”. Head of the sociology department Dr Chris Grover points to:

As Johnson’s own top adviser has admitted, neither Johnson nor his party care about the majority of the public. They have spent the past nine years in government enriching their real constituency: the already minted. It’s high time we stopped the gravy train in its tracks.