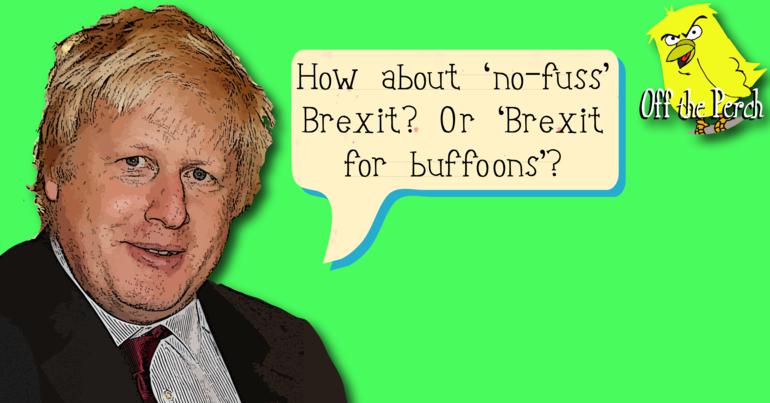 At this point, most people know what no-deal Brexit is, and realise it’s a bad idea. Some people still want it, if only because they don’t want to admit they have no idea how to make a deal-Brexit happen.

As Boris Johnson needs to sell no-deal to more than just the rampant weirdos who want it, he’s now undertaking a rebranding exercise.

The proposed new names for no-deal include:

Several of these potential name choices were tested on the public. Most people asked:

Is it still the version of Brexit where we crash out then Donald Trump swoops down on us like a massive, orange vulture?

How about you call it ‘not really a fucking option Brexit’, and you just don’t do it?

I’d call it the ‘Boris Johnson’ so everyone remembers whose fault it was.

Right now, there’s a 50% chance no-deal Brexit will happen. The other 49% is that we get Brexit Vista, while a final 1% sees us turning it all around.