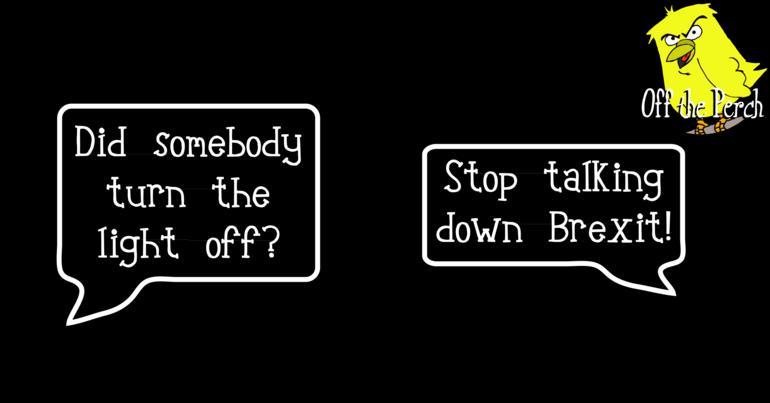 Power outages hit England and Wales on 9 August. Coincidentally, the government has recently been planning for a no-deal Brexit.

But is it a coincidence?

Or is it part of what the government is expecting after they open the Brexit hell mouth?

According to a leaked memo, the government is planning the following tests:

A whistleblower came forward to tell us that:

We’ve been experimenting to see how long an adult human can go without water. Or trying to, anyway. The problem is our test subjects keep leaving about two hours into the test.

There’s also evidence that the police have started preparing. Photos show several forces stripping the panels off their vehicles to more closely resemble the ones in Mad Max. Police officers are also replacing their trademark uniforms with leather undies, bandoleers, and nipple rings.

So is this the end for Britain? Or is it just the start of an exciting new adventure?

It’s hard to say, but will the last person leaving the nation please remember to switch the Mad Max-ian road cop’s lights off?

(DISCLAIMER: The Canary does not condone people resorting to violence in the dystopian hellscape that awaits them.)