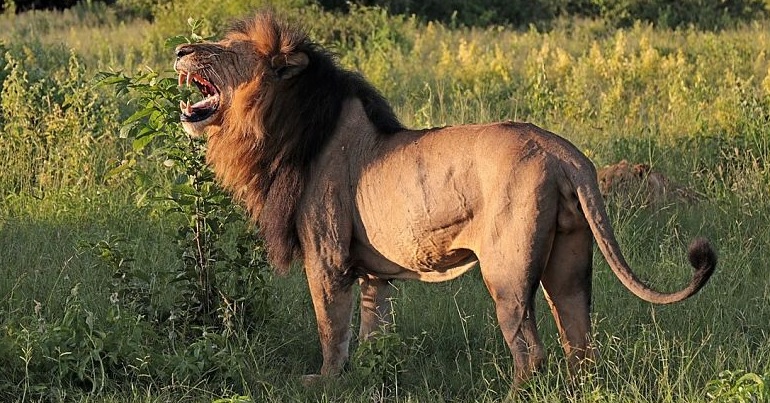 South Africa’s high court has dealt a serious blow to the horrendous trade in lion body parts. Just days before World Lion Day, the court ruled that the quotas the country’s authorities set in 2017 and 2018 were both “unlawful” and “constitutionally invalid”.

The African country is the main exporter of lion bones due to its large captive lion industry. According to official estimates, there are almost 200 lion farms in the country that breed the iconic cats. Farms make big money from the lions at each stage of their tragic lives.

Once the lions are adults, trophy hunters pick out their picture from a line-up (with price tags) to shoot – a very popular ‘sport’ with British hunters. When that happens people drug them, release them into an enclosure and, from behind the safety of an electric fence, the trophy hunter ends their life with bullets.

Finally, farms sell their corpses – particularly their bones – for use in pseudo-medicinal products in Asian markets. This is also the fate for female ‘breeding’ lions once they’re no longer useful.

Following new rules set by the Convention on International Trade in Endangered Species of Wild Fauna and Flora (CITES) in 2016, each year South Africa has to set a quota for the amount of bones it plans to sell. It set this at 800 for 2017 and 1,500 for 2018. The country’s National Council of Societies for the Prevention of Cruelty to Animals (NSPCA), however, challenged these quotas in court. Most significantly, it argued that the authorities didn’t take into account the welfare of lions in making that quota, despite that being relevant.

The NSPCA has launched criminal cases against some factory farms, where its documented lions kept in absolutely appalling conditions.

High court judge Jody Kollapen agreed with the NSPCA. He said it was “inconceivable” that the authorities ignored welfare considerations when setting the quotas. Kollapen explained:

What in essence occurs is that the quota is a signalling to the world at large and the captive lion industry in particular that the state will allow exports in a determined quantity of lion bone. It cannot be correct to assert that such signalling can occur at the same time as indicating to the world at large and to the same industry that the manner in which lions in captivity are kept will remain an irrelevant consideration in how the quota is set.

The ruling will likely have a significant impact on the lion bone quota for 2019, which the authorities are yet to determine.

We are overjoyed that the importance of animal welfare, and the vital and legal role of the NSPCA in protecting captive and wild animals, has been recognised in this precedent setting judgement. One cannot simply use, abuse, and trade wildlife without considering their welfare and wellbeing

The Campaign to Ban Trophy Hunting (CBTH) also welcomed the ruling. So too did Animal Defenders International (ADI), whose plea to protect this iconic species has received the backing of actor Joaquin Phoenix. The celebrity said:

Literally fading away before our eyes, African lions are today perilously low in number. To save this iconic species, the macabre trade in their body parts and grotesque killing for fun have to stop. Governments must not stand by while the slaughter continues – they must act now.

As CBTH has previously documented, lion populations are in a perilous situation. It’s believed there are now only around 15,000 wild lions left. They have disappeared from 90% of their original range, and are extinct in many countries they used to inhabit.

At the upcoming CITES conference from 17-28 August, nations have the chance to put an end to the vile legal trade in captive lions, which many argue is fuelling illegal trade of the species. As Jan Creamer, President of ADI, said:

Governments have the power to act, to stop the devastation of African lion populations before it is too late. We call on CITES member states to end the captive lion trade and stop the poachers.

The high court judgement is a promising development. But the time for all concerned parties to take action is now, before we lose this integral and majestic member of the animal kingdom forever.