Is the right-wing press trying to get Jeremy Corbyn killed? Because it looks like it. - Canary Workers’ Co-op 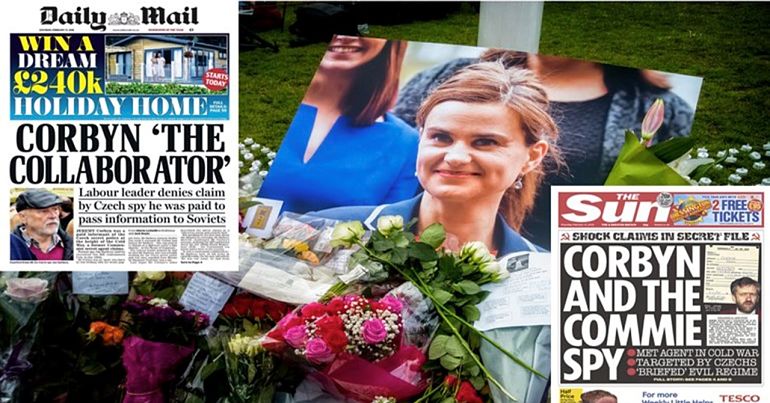 The right-wing media is not known for its respect for evidence or nuance. But these last seven days, there has been a deluge of fact-free conspiracy akin to a bullshit tsunami.

This was not an accident. And it could cost us more than we ever imagined.

Early in February, Jeremy Corbyn challenged Theresa May to publish her tax returns. The Labour leader published his voluntarily, revealing that he’d paid out nearly £50,000 in taxes during the last financial year. His argument is simple:

We cannot expect the public to trust us as party leaders, if we are not prepared to be open and honest about our own tax arrangements.

His move is consistent with his party’s 17-point plan to clamp down on tax avoidance.

Unfortunately for Corbyn, some of our country’s most determined tax avoiders happen to own around 80% [pdf, p2] of our media.

Jonathan Harmsworth, the fourth Viscount Rothermere, inherited The Daily Mail from his father through a Jersey trust and an offshore entity in Bermuda. Not happy with the benefits of these two tax havens, he is also registered as a “non dom” to further reduce his tax liabilities. Meanwhile, a 1999 report found that Sun proprietor Rupert Murdoch had paid zero net tax on his UK holdings (The Sun, The Times etc) for the previous 11 years – despite making pre-tax profits of nearly £1.4bn.

With the May government lumbering from one disaster to the next, these tax-loathing tycoons face the real possibility of a Corbyn government. So… what to do? Let the bullshit fly, in the hope some of it sticks.

And so, just days after Corbyn’s tax challenge, the right-wing lie machine kicked up to maximum. The Sun claimed to have evidence from the Czech communist archive that Corbyn collaborated with their agents in the 1980s. In case you’ve been hiding under a rock this last week, here is just how hysterical the front pages became.

In the 80s, Jeremy Corbyn was a backbencher for a party that was out of government. What would he have been able to pass to the USSR anyway? He wouldn’t have had the nuclear codes, or access to classified data. And it’s doubtful that communist Russia was going to destroy Britain with the secret recipe for the House of Commons’ root vegetable stew.

So it came as little surprise when a Czech agency debunked The Sun‘s story. Yes, backbench Labour MP Jeremy Corbyn had a handful of meetings with an agent who was posing as a diplomat. But he was none-the-wiser about the diplomat’s double life. The agency’s statement was unambiguous:

Mr. Corbyn was neither registered [by the StB] as a collaborator, nor does this [his alleged collaboration] stem from archive documents

And yet the right-wing press has carried on regardless.

This isn’t just sloppy journalism. It is a smear. And it is dangerous.

In June 2016, Labour MP Jo Cox was brutally and publicly murdered by a right-wing fanatic. His diet of right-wing propaganda was a motivating factor in his attack. This tragedy proved that the right-wing lie machine does not just destroy reputations, it destroys lives.

We also now know that the Finsbury Park mosque attacker, another white supremacist, made plans to assassinate Jeremy Corbyn.

Despite this, right-wing pundits, politicians and their press continue to characterise Corbyn as a threat to national security.

The Labour Party is now a threat to our national security, our economic security and your family's security.

And his pals in the press worked the theme half to death. 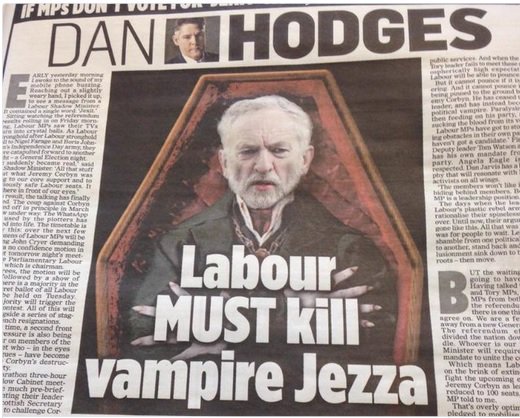 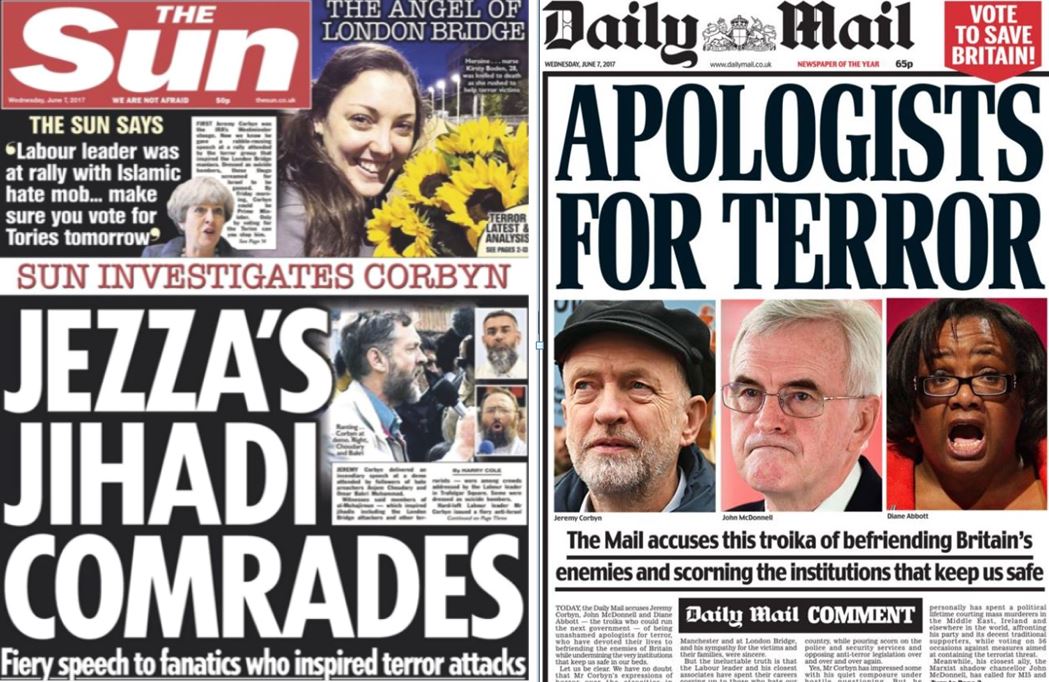 They launched one smear after the other incessantly, never breaking long enough for any to be analysed. That is the modus operandi of our conservative press.

What should (but clearly does not) concern the operators of the lie machine is the real threat to Corbyn in the meantime. Because what they are doing is more than bad journalism. In this time, and in this context, a rational mind would consider it tantamount to incitement.

Our press has built a bonfire of resentment, and flung Corbyn atop it as an effigy for the ‘hard left’. Never mind that Corbyn’s platform is nothing of the sort. Never mind that Labour’s current policies are standard fare in Sweden, Norway and other social democracies. And never mind that those same social democracies consistently outperform the UK and US across the most important measures of social and economic prosperity. The establishment couldn’t give two shits about all that. What really matters is the smear. All that matters is the smear.

Despite all of this, Corbyn succeeded in delivering the highest vote share increase for Labour since the 1940s. The public tore up the script. Theresa May did not get her historic landslide majority. Instead, she lost it altogether. And Corbyn did not resign in shame, taking the hopes of the Labour left with him. Instead, it became clear that there is significant appetite for a change of course in Britain. And so, the lie machine continues to pump out smears and misinformation in the hopes of a better result next time. In doing so, it is risking the lives of any MP in its crosshairs.

So it’s on all of us to flick the ‘off’ switch.