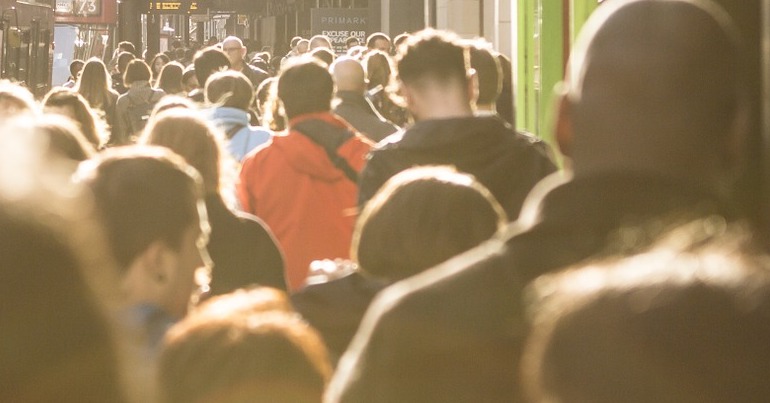 We are, so the saying goes, ‘only two pay packets from homelessness’. But these days, it’s down to one. And it’s true.

A few years ago, I lived in a house with my son. As a single mother, on a zero-hours contract with a university, making ends meet was a struggle, but we managed. Just.

Now, I’m one of the rising numbers of people classed as the hidden homeless. We don’t show up in official statistics [pdf]. You won’t see us sleeping on the streets. But we are here. There. Everywhere.

We are just one more symptom of the sickening impact of Tory policies.

There’s a homeless crisis raging. Since 2010, the number of people sleeping rough in the UK has risen 169%. According to government estimates [pdf, p3], there are 4,751 rough sleepers in the UK. In response to these figures, homeless charities said even this rise failed to reflect actual levels of rough sleeping. Because there are, literally, countless more people without a home.

These are the people forced onto the streets, into doorways, into phone boxes. As a brutal winter takes hold, homeless people have died. And those figures often fail to include the ‘uncountable’ who exist even further in the margins: away from towns and cities. There’s also a 52% rise in rural homelessness. In rural areas:

shelter is limited and emergency hostels are rare, with individuals reporting sleeping in tents, barns, cars and outhouses. It can be harder to access support services provided by councils and charities; communities are more isolated and public transport is often infrequent and expensive.

On 1 March, another homeless person was found dead in a tent, trying to shelter from sub-zero temperatures. You rarely, if ever, land on the streets through choice. You land there because the threads that should hold us safe to the dregs of Tory society are now so gossamer thin. Snap and you’re gone.

And then there are the hidden homeless. We’re even harder to ‘catch’ as a statistic. Because we are everywhere. We look just like you. Months, weeks, days, moments ago – we were you.

Until you fall, there’s no possible way of knowing how deep the abyss is. You presume there must be some kind of safety net, that somehow you’ll be caught. Don’t kid yourself. This is Tory Britain 2018. Welcome to the nightmare helter-skelter of callous chaos.

For a start, there’s a confusing twist to determine where you even ‘fit’. Isn’t it easy to count how many people don’t have a home, and then help them? Wrong. Even the government admits [pdf, p4] that it is “difficult to provide an accurate estimate of homelessness across England”. How convenient. And its convenient confusion goes beyond smoke and mirrors.

In theory, statutory homelessness refers to people who’ve lost, or are in danger of losing, their home and meet a strict set of criteria. In 2009, 1,060 households [pdf, p8] fell down this hole when they lost homes rented from private landlords. By 2017, this rose to 4,220. In total, 15,290 households were counted [pdf, p7] as statutory homeless in 2017. And these people have a statutory ‘right’ to be re-homed.

What utter bullshit. I know this for a fact. Because I fulfilled the criteria. But. There. Are. Not. Enough. Houses. I was offered temporary bed and breakfast accommodation “somewhere in Cornwall” because “there’s nothing in your area”.

When you’re spiralling down, the thought of isolation far away from friends and family is a twist too far. When you’ve lost your home, the loss of all that is familiar is overwhelming. When there is no social housing left, ‘temporary’ is a very long time. This is how you become hidden homeless. And [pdf, p4]:

statutory homeless data do not cover the population living in hostels, rough sleeping or those described as ‘hidden homeless’

So you’ve neatly removed yourself from government statistics, and responsibility.

According to homeless charity Crisis, in addition to rough sleeping, “core homelessness” includes [pdf, p3] people who are:

By 2020, over 1 million households risk becoming homeless, “because of rising rents, benefit freezes and a lack of social housing”. But there’s a bigger twist. Because according to Crisis, core homelessness will continue to spiral [pdf, p5] unless there are drastic changes. And the fastest rise is among people who are sofa-surfing and living in “unsuitable temporary accommodation”. The hidden homeless.

Through the looking glass

Once you step through the looking glass and become one of the hidden homeless, you literally don’t count to this Tory government. So whose ‘problem’ are we?

We don’t look homeless, so no one can ‘see’ us. We keep on going: we go to work, trailing suitcases behind us, because there’s a solution coming. There has to be. For too many of us, it’s only the kindness of family and friends that keeps us from the streets.

But despite this kindness, I’ve stood on the precipice and looked over. There have been days where I can’t bear to ask yet another favour from friends. One thing no one knows about – unless you’ve been here – is the sheer rage of dignity and (often stubborn) pride that kicks in when you hit this point. In a strange way, going somewhere where there’s no reminder of who you once were seems almost inviting. This won’t happen, but I’m humbled to see just how easy it might be to fall further.

There are days when I’ve wept quietly – where no one can see – because I just want to go ‘home’. But ‘home’ is a very far-away place.

But most days, incandescent rage gives me utter certainty that I, and the army of people living on sofas, in boats, caravans, trucks and sheds, are a force to be reckoned with.

Homeless. Hidden homeless. Small words, for a very big problem. For as long as this Tory government remains in power, this is a problem that won’t go away. But do not underestimate us.