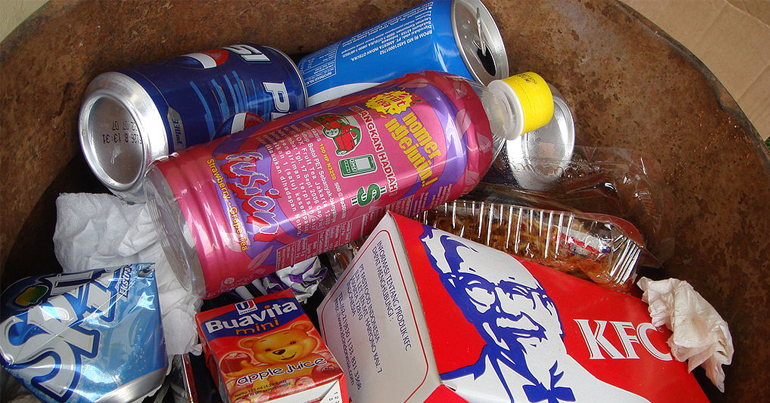 Fast-food chain KFC hit the news on 17 February because it was going through a crisis: the retailer was running out of chicken. Details soon came out that the fault lay with the “world’s leading logistic company” DHL, which took over chicken distribution to KFC branches on 14 February. Further details about what exactly went wrong are yet to emerge. But the debacle reminds us of one of capitalism’s hidden weaknesses.

The impact of KFC’s chicken shortage was huge. At its peak on 18 February, only 266 of 900 shops in the UK were open. One estimate suggests the crisis cost the brand £920,000 per day, or £4.2m to gross profit, based on publicly available figures from 2016. There were widespread concerns about the amount of food wasted, while unions including GMB and the Bakers, Food and Allied Workers Union reminded us of the effect on thousands of staff.

Fingers have pointed at various causes for starting and prolonging the situation. The Mirror reported one KFC employee claiming it:

was a crash on the M6 which put deliveries back and they had IT issues.

This was repeated in The Guardian, where technology analyst Chris Green pinned the problems on an IT failure to “match up data” in the ordering system used by KFC branches.

Soon it emerged that the Rugby-based DHL cold-storage depot at the centre of the problem hadn’t been registered or inspected by the local council. But the council only discovered this following news of the shortage. And stores remained closed while the process was completed.

At the time of writing, most KFC stores have re-opened. But the impact of the week-long crisis won’t be over so quickly. Mick Rix, national officer for GMB, told The Guardian:

Even if industry experts piled into that depot now to sort out the mess at Rugby, it would take weeks and even months to sort the problems out.

We can’t know exactly how this will play out for KFC in the long term. But it’s already clear that the chicken shortage has had a huge impact on the company. And it exposes how dependent a major company is on the smooth running of its supply chain.

Supply chains include everything that gets a product to the end user, from raw materials to manufacturing, transportation and administration. The concept of ‘supply-chain resilience’ attempts to make companies more secure. It develops ways to prevent and quickly recover from disruptions in the chain. And it’s “at the heart” of corporate thinking today.

KFC’s resilience during the changeover to DHL from its previous logistics manager Bidvest was poor; a condition arising from the company’s own decisions. But for those of us fighting social, ecological and other types of political campaigns, it is also a reminder. These entities may seem huge and invincible, but there are gaps in their armour. And we can exploit them.

‘Removing all the struts’

A fight to shut down Huntingdon Life Sciences (HLS) animal testing laboratory began in 1999. It was sparked by a documentary showing staff “shaking and punching beagles”. And as an animal rights campaign, it was motivated to free the 75,000 animals used by the lab every year for testing. It adopted the name Stop Huntingdon Animal Cruelty (SHAC).

SHAC’s campaign focused on disrupting not only HLS but its supply chain as well. Actions were taken against over 40 companies. These included suppliers and financial institutions, insurers, couriers, and many others. An article in the ecological activism magazine Do or Die described this as removing “all the struts supporting it” so the lab could fall more easily. And if HLS could be successfully shut down, animal rights activists such as Keith Mann believed “the industry [would] start to crumble”.

This diffuse approach is what activist collective Crimethinc called “the SHAC model”. Its success led to plummeting share prices and near bankruptcy. The Bank of England had to step in and prevent HLS’s collapse after major financial backers including Barclays and Royal Bank of Scotland broke their links.

The SHAC campaign ended in October 2014. Its tactics were described by The Independent as “remarkably successful”. But it was also controversial. Illegal actions carried out under its banner led to the arrest and imprisonment of 32 people across Europe, and a further six in the US by 2015. And two more people were convicted in the UK in January 2018.

Ongoing campaigns also use supply chain pressure in attempting to achieve their aims. It can be seen in the UK anti-fracking movement. For example, Reclaim the Power (a direct-action group fighting climate change) made this explicit with its “Breaking the Chain” call-out in March 2017:

Reclaim the Power groups across the country will use direct action to disrupt companies supplying services and materials to the fracking industry, aiming to pressure them into dropping contracts.

In 2017, anti-fracking activists targeted PR Marriott, a firm that stored and supplied drilling rigs bound for the Preston New Road fracking site. And local groups across the country continue to target companies in the supply chain, for example in Shropshire and Norfolk.

The global Boycott, Divestment, Sanctions (BDS) movement could also be understood in a similar light. While its target is a state (Israel) rather than a company, BDS fights for Palestine by calling:

for a boycott of Israel’s entire regime of oppression, including all of the Israeli companies and institutions that are involved in its violations of international law.

And BDS says it models itself on the UK-based Anti-Apartheid Movement that helped bring an end to South Africa’s white supremacist regime.

KFC was not the target of any particular campaign. Its supply chain problems emerged internally. But the immediate and long-term repercussions created by an apparent computing error show how fragile capitalism’s networks can be.

The fast-food chain lost around £4.2m in a matter of days thanks to supply chain disruptions. Activists can learn from its failure, and from other campaigns that have successfully targeted supply chains. By creatively adapting their tactics, we can strengthen our own campaigns.

– Read Crimethinc‘s “The SHAC Model” for a critical analysis of the campaign.