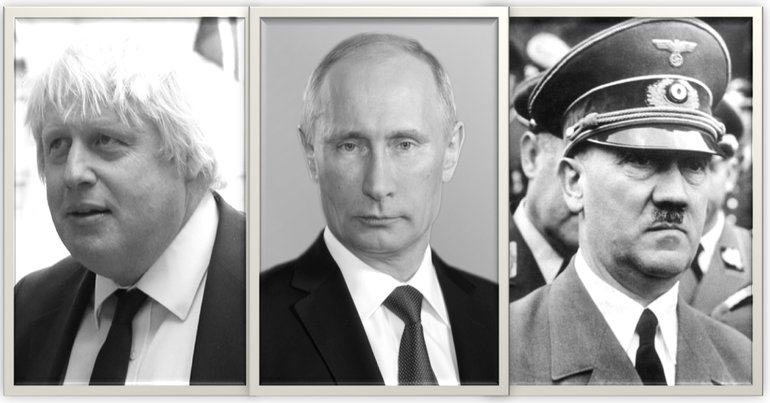 This week, Boris Johnson compared the World Cup in Russia this summer to the 1936 Olympics in Nazi Germany. Here’s why he should have kept his mouth shut.

Johnson’s comments attracted controversy for a number of reasons. Firstly, Britain attended the 1936 Berlin Olympics hosted by Hitler. In fact, (thanks to the efforts of our British-Canadian team) we won gold in the ice hockey.

Oh, and here is the English football team giving the Nazi salute to Germany in 1938. While Jewish, disabled, sick, and elderly Germans were being sent to concentration and death camps, it was business as usual as far as the UK establishment was concerned.

Then there’s the small matter of the estimated 20 million Russian casualties of World War II. Their descendants might be somewhat offended by the reference to the Nazi regime Russia was instrumental in destroying.

Amid the current British tensions with Russia, the foreign secretary has suggested the possibility of boycotting this year’s World Cup. He has also said, however, that it would be wrong to ban the English team from attending.

The former mayor of London refused calls to end the twinning arrangement between London and Moscow in 2013. He did so despite the egregious anti-gay laws being passed by Russia at the time. While LGBT people were being kidnapped, tortured and murdered with the implicit support of the Putin government, Johnson told LGBT news site Pink News:

I do share your deep concern about the abuse of LGBT people in Moscow and throughout Russia. However, I believe that we can better challenge prejudice through engagement. Isolation will not achieve change.

In 2014, Russia hosted the Winter Olympics at the Black Sea resort of Sochi. Stephen Fry led calls from Britain’s LGBT community to boycott the games, arguing [paywall] that Putin was “making scapegoats of gay people, just as Hitler did Jews”. All he got back was a paltry tweet from PM David Cameron, saying:

Thank you for your note @stephenfry. I share your deep concern about the abuse of gay people in Russia. ‘However, I believe we can better challenge prejudice as we attend, rather than boycotting the Winter Olympics. DC.

Johnson has also spoken out against the boycott, divestment and sanctions (BDS) movement intended to isolate Israel. The Israeli state continues to expand and entrench its illegal occupation of Palestine. But on a visit to Tel Aviv in 2015, Johnson said:

I cannot think of anything more foolish [than to boycott] a country that when all is said and done is the only democracy in the region, the only place that has in my view a pluralist open society.

This visit came a whole year after Australia’s equivalent of the BBC (ABC) confirmed that Israeli soldiers routinely kidnap and torture Palestinian children.

And all this is before we even get on to his support for the head-chopping Saudi dictatorship currently obliterating Yemen.

There are arguably grounds to isolate and censure Russia. But Boris Johnson has rarely shown a commitment to this action on moral grounds. What he is doing now is peacocking. Stomping around, flashing his shiny feathers about the place.

Just as with Gavin Williamson’s “go away” and “shut up” silliness, Johnson’s comments are void of any real conviction. Because time and again, Johnson has proved he has no qualms whatsoever about palling up with rogue states.