As the government U-turns, the NHA Party slams 'money laundering and tax evasion' of UK territories - The Canary 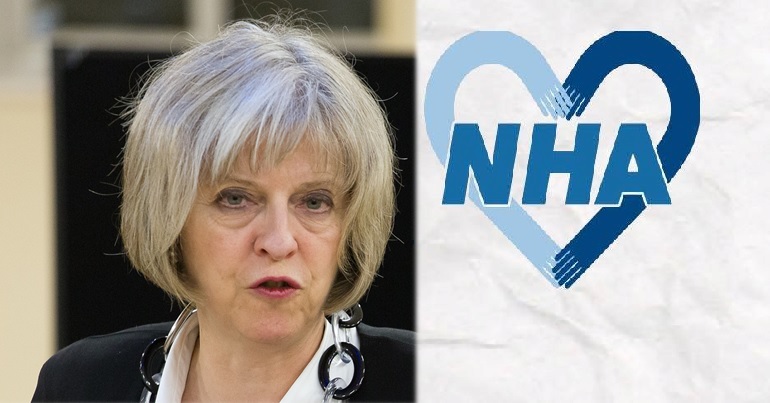 This article is by Dr Louise Irvine, secretary of the National Health Action (NHA) Party. All opinions are the author’s own.

This week, the Conservative-led government finally backed down on its sordid attempts to prevent the UK’s tax havens from having to publish the names of tax dodgers.

The UK’s Overseas Territories, such as the British Virgin and Cayman Islands, sit at the heart of a global ring of shadowy tax jurisdictions that excel in stealing money from the world’s poorest countries, helping to finance terrorist activities, and hiding the money of Russian oligarchs. On top of that, Richard Branson lives in one of them. Yes, Richard Branson – the guy who owns that company called Virgin Care – which threatened to sue the NHS, and who loves to smear Jeremy Corbyn in his spare time. So why is the government defeat such big news? Well…

The British Virgin Islands hold the illustrious record of being the most cited tax haven in the Panama Papers. Their companies also have a track record of hiding stolen state assets from countries in the Global South – like the time they helped the son of a president of Equatorial Guinea hide $38m of stolen money so that he could purchase a private jet, or the time it let Nigerian dictator Sani Abacha hide at least $450m that he reportedly stole from the government during his time in power. Unfortunately, the list of incidents like these goes on, and on, and on…

The UK’s Overseas Territories and Crown Dependencies are implicated in financial practices which finance terrorist activities, facilitate corruption and cheat countries out of their tax receipts. These practices deprive millions of people around the world from accessing healthcare, impede developing countries’ abilities to fund their health services, and cheat the UK public purse of tax receipts (a practice which many private companies working in the NHS already take part in) which could go towards funding our increasingly strained National Health Service.

The UK’s power to act

The UK – and by extension the City of London – has been at the heart of this system for decades. It bears both a moral responsibility to act and, more importantly, it has had the power to act throughout this sordid affair. A 2012 report by the Civil Service concluded [p16] that the UK has the ability to unilaterally legislate for the Overseas Territories if their governments act in a manner contrary to human rights or are engaging in criminal activities.

These steps, known as an Order in Council, have been used by the British government in the past; in 2009, the government of the Turks and Caicos Island was disbanded due to evidence of corruption, and in 2000, an Order in Council was made to decriminalise homosexuality across all of the UK’s Caribbean Overseas Territories.

So why have the Conservatives consistently failed to act on this issue? Especially in light of the fact that the amendment they have now accepted is the same as what they rejected during the 2017 debates on the then-Criminal Finances Bill?

The cynical answer is, of course, that leading members of the cabinet, and prominent backbench Tory MPs, use these tax jurisdictions to their own advantage. The Prime Minister’s husband works for a hedge fund in control of over $1.4tn in assets which has benefited from the use of the UK’s Overseas Territories to avoid paying tax. Amber ‘deport them first, ask questions later’ Rudd headed a number of companies in the Bahamas, where one of her co-directors was jailed for fraud, whilst Andrea Leadsom has a track record of investing money into offshore accounts to avoid tax.

We also can’t forget our former Prime Minister, who became very concerned about fighting tax avoidance once it was revealed that his father had run a fund in the Bahamas which avoided ever paying tax in Britain. In his attempts to fight such practices – which to his own admission he personally benefited from up until 2010, David Cameron enlisted the help of his trusty comrade George Osborne, who received a dividend of £1,230 from his family’s wallpaper business, of which he owns 6,833 shares. In the same month in which George Osborne received his rather modest dividend, the family business also managed to pay out £335,000 to shareholders and £270,000 to the then-Chancellor’s parents. Of course, whilst paying out these dividends, the business had recorded and rolled over a series of “losses” – despite making a profit of £722,200 in the year until March 2015 – which means that the company didn’t pay corporation tax for several years.

These MPs denied wrongdoing, of course.

The UK has funded and aided its Overseas Territories and Crown Dependencies in developing economic models which are hugely reliant on secretive tax activities. This means that any implementation of public registers of beneficial ownership entails answering the tricky questions of how these small territories can thrive economically in an increasingly precarious and globalised economy. At the same time, some of the leaders of these territories are complaining that, in the wake of the devastation caused by Hurricane Irma, now is really not the time to be focusing on this issue. Yet, in a way, this brings the main question facing the government to the fore.

Of course the citizens of the UK’s Overseas Territories deserve all the support they need in order for their communities to recover – just as they deserve support to ensure that, during this difficult time, all of their citizens have access to health care and other essential services. Yet the government has consistently failed to face the fact that it cannot square the circle of giving aid – out of UK tax receipts – to territories which are at the same time continuously engaged in aiding the theft of tax receipts from this country and from other countries on a global scale. This perpetuates global inequalities in health, it ferments geo-political instability, and it frustrates the UK’s aid programmes in other parts of the world.

A kinder and more humane way forward has been possible for a long time, and that is for the UK to stand in solidarity with the citizens of the Overseas Territories, to support them during this difficult time, and to support them in the long term by working with them to move away from an economic model which is causing such global devastation.

We must be vigilant

The Conservative-led government may have now conceded to public registers, but let us not pretend that it can be trusted on this issue. It attempted to suffocate the amendment by submitting a series of government amendments close to the deadline, and it is in large part down to Speaker John Bercow’s having not selected these for discussion – no doubt they were attempts by the government to suffocate debate – that we have finally made progress on this issue.

Going forward, we have to be vigilant in ensuring that the government assists the Overseas Territories in moving away from financial secrecy. That way, there can be no backsliding on this issue, and the world will be better for it.