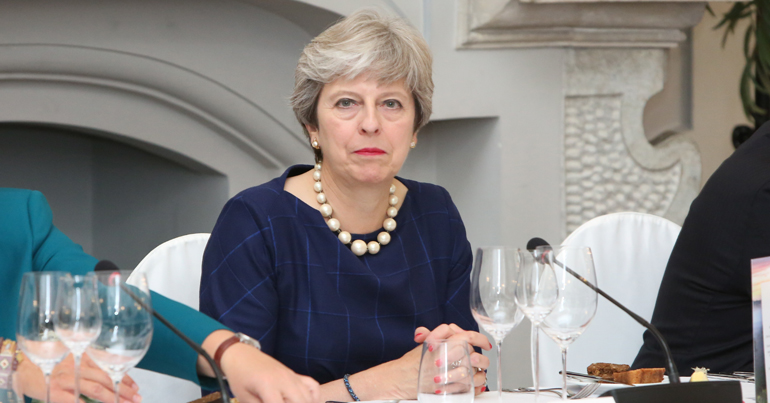 Theresa May has ordered Conservative MPs to cover up her role in the Windrush scandal.

Labour is trying to get to the bottom of the events that led to the Windrush scandal, including the prime minister’s role in them. So Labour MPs, led by Diane Abbott and Afzal Khan, have put forward an opposition day motion asking the government to release:

all papers, correspondence and advice including emails and text messages, from 11 May 2010 up to and including 1 May 2018, to and between Ministers, senior officials and Special Advisers relating to policy decisions… with regard [to] the Windrush generation cases…

. @UKLabour have an Opposition day debate on the Windrush generation today led by @HackneyAbbott and @Afzal4Gorton of @LabourHomeTeam and it’s an absolute beauty pic.twitter.com/FfHgLELWqy

May, of course, has been doggedly trying to duck responsibility for the Windrush scandal. And Labour’s move would expose her role, including any part she played in setting deportation targets, to huge public scrutiny.

So what was the PM’s response? To impose a three-line whip on her MPs, ordering them to vote down the motion and keep the documents hidden from the public:

Govt to 3 line whip #windrush motion. Lab spokesperson response:"If the architect of this cruel farce, the Prime Minister, is ordering her MPs to vote to keep her role in this mess hidden from the public, it exposes the Tories' crocodile tears on the Windrush scandal as a sham"

MPs who defy a three-line whip can face serious consequences, including – occasionally – losing the right to represent their party.

May’s move prompted Labour to accuse her of orchestrating a cover-up:

If the architect of this cruel farce, the prime minister, is ordering her MPs to vote to keep her role in this mess hidden from the public, it exposes the Tories’ crocodile tears on the Windrush scandal as a sham.

We need answers, not further cover ups to save Theresa May from facing up to her involvement in the removal of rights, detentions and possible deportations of British citizens.

But reaction on social media suggests the attempted cover-up has already backfired. In fact, people are seeing right through it:

#bbcdp Sajid Javid "What ever it takes to put it right" #Windrush. Theresa May then puts a 3 line whip in place ordering Tory MPs to vote against Labour motion calling for release of government Windrush papers. #WindrushCoverup

Speechlessness is not a good luck when you're live on the radio. This makes us a country where a politician responsible for the incarceration of innocent citizens without trial seeks to deny the public access to the process which caused it.
This is bonkers. https://t.co/q6IB9a30V8

So, on the eve of local elections in England, Conservative MPs will face a predicament when they go to the vote at 7pm. If they vote against Labour’s motion, it will expose their previous words about the Windrush scandal as pure hypocrisy. If they vote for it, it’s game over for May.

Either way, the prime minister’s mask has now fully slipped. She can never again pretend to care about the people of the Windrush generation who have been plunged into misery by her policies. And the public won’t let her forget that.