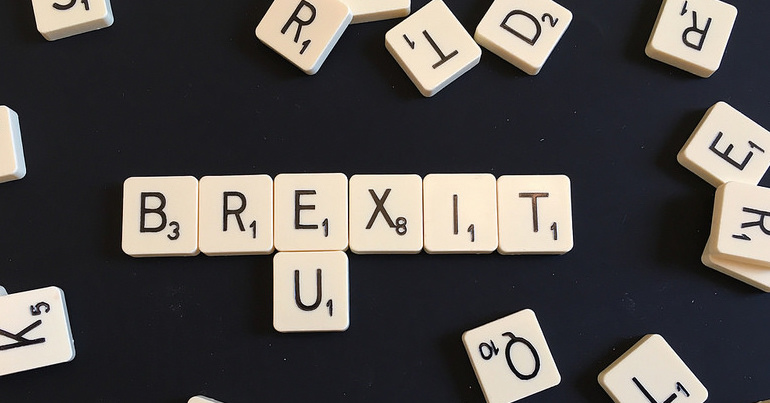 Brexit is dominating the news again. On 2 May, Theresa May faces a major challenge from 60 Eurosceptic MPs led by Jacob Rees-Mogg. They claim that the government’s preferred customs model is flawed and “deeply unsatisfactory”. This follows a major defeat for the government in the House of Lords, which voted to give parliament a final say on Brexit. And then Christopher Hope, The Daily Telegraph‘s chief political correspondent and assistant editor, asked Twitter for “poems, limericks or ditties about Brexit”.

Poetry please! We are starting a new poetry corner on Chopper’s Brexit Podcast. Please send your poems, limericks or ditties about Brexit to me [email protected] Or Tweet me and @brexitbroadcast. The best (and cleanest) will be read out by our guest of the week.

But it wasn’t just the Brexit supporters that rally behind The Telegraph who responded.

“And hast thou slain the Brexit beast?”

Hope’s own entry suggests that he intended to create public praise for May’s Brexit plans and shower her with patriotic support:

Early entry for #BrexitPoems on Chopper's Brexit Podcast. The best will feature on air every week:
"Red for the poppy, brave and bold
"Blue for the passport, so proud to hold
"White for the flag we wave as we exit
"Thank God for Mrs May and our glorious Brexit.

But for other writers, acrostic poems were an easy way to answer Hope’s call:

L is for Legacy, of selling out your own
E is for Economy, which we've now surely blown
A is for Angry, which people will be
V is for Vengeance, which surely we'll see
E is for End, as it will be for Tories
And all those conmen who sold us their stories.

May and her cabinet ministers were a favourite topic:

Most of the press give the liars carte blanch
And everyone goes round as if in a trance,
Johnson & Gove, Treeza & Hunt,
It's quite hard to decide who's the nastiest c**t. #BrexitPoems

Theresa May
has not a clue.
Coz Boris flushed it
down the loo.

But Brexit is
for her a must?
even if we
go fucking bust!#BrexitPoems

Meanwhile, others looked to established poets for inspiration:

…while others took inspiration from some of the more ludicrous pro-Brexit comments from ministers:

As a rallying call to support Brexit and May, Hope’s Brexit poems challenge failed. As an opportunity to challenge the ongoing chaos of May’s botched Brexit efforts, it was quite simply brilliant.

– Add your own poem to the #BrexitPoems thread on Twitter