A year on from the Grenfell Tower fire, the inaction from the council and the government is a f**king disgrace - Canary 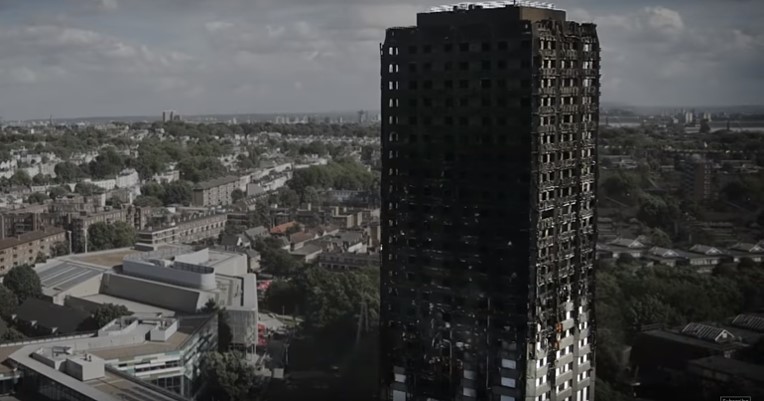 Thursday 14 June marks one year since 72 people died inside their homes in the Grenfell Tower fire.

The tragedy laid bare the violence at the core of austerity, and the dangers of continually ignoring a community’s concerns.

Yet a year down the line, both the government and Kensington and Chelsea Council have shown utter disdain for those affected through their inaction.

On the day of the fire, I circled the exclusion area looking for representatives of the council. I had to walk all the way round it and I kept thinking: ‘when I round the corner, there will be council officers with clipboards putting their disasters policy into practice’… but I looked in vain.

In the council’s absence, local faith groups stepped up to offer the material and emotional support so desperately needed. An interviewee for a report into the immediate reaction articulated how:

The council collapsed. Groups like St Helen’s church, the Clement James centre and the Westway centre became the local government, as people lost trust in the council.

Maybe councillors took a leaf out of Theresa May’s book. The prime minister refused to meet with community members in the hours after the blaze citing security concerns, despite even the Queen meeting survivors. And May herself has since said that her actions made it seem “as though I didn’t care”. This is about the only thing she has got right.

Unfortunately, the failings of both the council and the government in the aftermath of the blaze were just a sign of things to come.

Kensington and Chelsea council has not yet permanently re-housed 59% of the 203 households from Grenfell Tower. 42 of these households are still living in hotels.

This from the council which fitted the building with combustible cladding because it was proving an eyesore to affluent residents; and which ignored the Grenfell residents’ pleas that the tower was not safe. This in a borough where over 1,600 properties are sitting empty. And all after May had proudly declared that the families would be re-housed in just 3 weeks.

Surely, the first response should have been to provide those affected with permanent homes, by any means necessary. Yet clearly, buildings are investments, not homes. They are a way for those with money to spare to make more money, a way to reproduce inequality for years to come. Not to provide victims of severe trauma with some much needed stability.

All the while, the tower stood uncovered. A community member featured on the BBC’s ‘Grenfell’ described how:

My Nan wakes up in the morning and sees, y’know, her son’s graveyard.

At a community meeting, another resident said:

Mental health professionals estimate that thousands of people may be suffering from psychological trauma after the fire. Yet it took the council almost four months to cover the tower.

During that time, its burned-out remains loomed over those affected, casting a shadow over their lives as they attempted to move on.

The government launched an inquiry into the fire in September 2017.  Retired judge Martin Moore-Bick was appointed to lead it. Moore-Bick had a chequered past, including ruling in 2014 that Westminster council could rehouse a single mother 50 miles away in Milton Keynes, uprooting her five children.

Unsurprisingly, community members felt that Moore-Bick did not properly represent them. 22,000 people signed a petition calling on May to:

appoint additional panel members with decision making power to sit alongside Chair in Grenfell Tower Inquiry: to ensure those affected have confidence in & are willing to fully participate in the Inquiry.

But a community member told the BBC:

No arrests have been made, people have been treated like witnesses not suspects…

Nobody’s been brought in to be questioned. Why?

As of March 2018, only seven of the 160 social housing blocks deemed to be covered in combustible cladding had had the requisite safety work completed.

In May 2018, May announced that the government will commit £400m to removing dangerous cladding from high-rise buildings. This came nearly a year after the Grenfell fire. You can almost see her offices scrambling for something to throw at the Grenfell anniversary, like a student cramming for their exams after a year of skiving. A vague cladding commitment and a bullshit apology should do.

A massive tower burned like it was made of fucking wax, killing 72 people. Yet over 100 buildings are still standing with the same type of cladding. Their continued existence makes a mockery of any platitudes or kind words. Their presence mocks working-class communities across the UK. The same thing could happen tomorrow in any place where people have the temerity to live in a social-housing block.

Eddie Daffarn, a survivor and member of the Grenfell Action Group, told the BBC:

Yet, a year on, survivors are still living in hotels while tower blocks adorned in flammable cladding still stand. The inquiry soldiers on but hasn’t brought anyone to justice for the 72 people who died and the thousands more who were affected.

– On 14 June 2018 there will be a silent march through West London to commemorate the anniversary of the fire. More information can be found here.