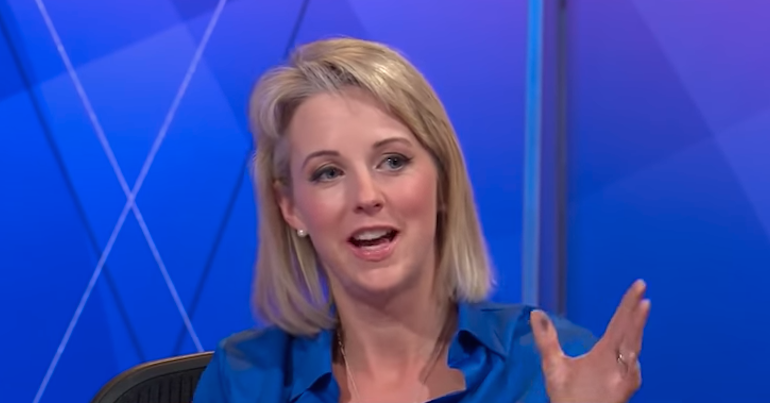 The BBC‘s choice of one particular Question Time panellist is not going down well on social media.

On 13 June, BBC Question Time tweeted the names of those who would be appearing on its programme the following day. Among them was pro-Brexit journalist Isabel Oakeshott:

Here's this week's full #bbcqt panel. Join us on Thursday evening on @BBCOne and @bbc5live pic.twitter.com/HRbkXLJXhO

Observer journalist Carole Cadwalladr, who has been at the forefront of exposing the Cambridge Analytica scandal, tweeted:

Less than a week ago, the Observer had been getting ready to publish an investigation by Cadwalladr, detailing alleged links between Brexit campaign donor Arron Banks and Russian officials. On Friday 8 June, Cadwalladr laid out the allegations in an email to Banks, giving him an opportunity to comment before publication.

Cadwalladr said she received a call from Oakeshott… the next day asking her to delay publication until Monday, saying she would hand over the material if she did so.

It also emerged that Oakeshott had been sitting on the information for several months. She claims she planned to include it in a forthcoming book.

So, many people were not impressed with the BBC‘s choice of guests:

Thread. Carole Cadwalladr has shown the enormous value of intelligent, scrupulous and doggedly persistent journalism.
So who does @bbcquestiontime invite? Her antithesis, Isabel Oakeshott, who exemplifies everything that has given journalism a bad name.#bbcqt https://t.co/eYvm8s0qzd

Hey @bbcquestiontime, why are you not inviting @carolecadwalla to balance this? It's ridiculous that you invite someone on who withheld critical information on Russian involvement in Brexit and not the journalist who actually forced the issue to go public #bbcqt https://t.co/vt6lem0J6e

The fact the BBC had previously put Oakeshott up against Cadwalladr on The Andrew Marr Show only seemed to make things worse:

The notion that Oakeshott has to appear to balance Carole – but not the other way around – raises serious questions about BBC consistency and professional integrity, especially as it now appears that Oakeshott was making false statements on her previous appearance.

But the BBC‘s decision wasn’t surprising to some:

Isabel Oakshott? Wasn't Farage available? Not so much Question Time, as right wing nutters time. So glad I gave up watching this rubbish several years ago.

People are also worried about Oakeshott’s past comments about benefit claimants and people using foodbanks. In a debate about the use of food banks, she once famously tweeted:

A bag of porridge costs about £1; will last a family all week and is far more nutritious than Cornflakes.

And in August 2017, less than two months after the Grenfell fire, she wrote:

While Oakeshott’s comments may not have been directly about the Grenfell tragedy, they clearly have connotations for the survivors – many of whom are on low incomes, meaning they need support to stay in the borough they call home.

So it’s no wonder some people questioned the BBC‘s decision to book Oakeshott on the anniversary of the tragedy:

Meanwhile, no one from the Grenfell community will be on the Question Time panel:

A year on from the Grenfell tragedy, not one panellist to reflect the anniversary, just one (IO) to debase it. Atrocious.

Instead, the BBC has given Oakeshott a platform to spout her bile. No wonder the broadcaster’s decision has left a sour taste in so many people’s mouths.

– Support Grenfell United, who have done amazing work in standing up for the community since the fire.