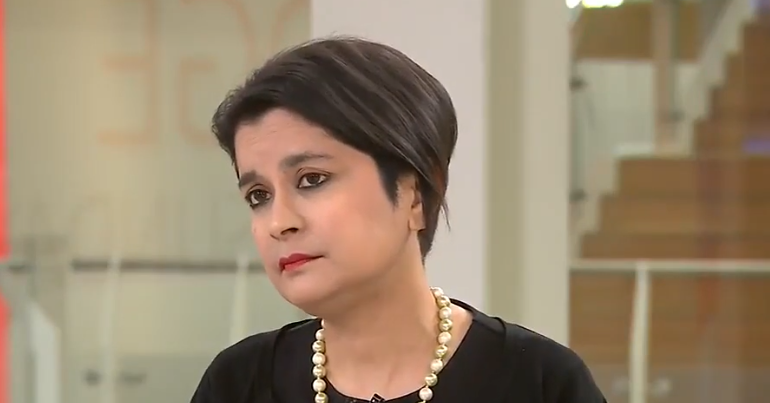 On 3 February, Shami Chakrabarti told Sky News: “when I’m not an expert in a particular region like South America, I go to my trusted sources for the picture and for me as a human rights campaigner my trusted sources have always been Amnesty International and Human Rights Watch”.

But both of these groups have demonstrated a clear bias in support of the foreign policy goals of the United States.

A petition to Amnesty that nobody should have to write

Last year, I asked Amnesty if it denounced the economic sanctions that Donald Trump had imposed on Venezuela in August of 2017. Those sanctions cost Venezuela’s government revenues equal to about 6% of GDP in the first year after they were imposed. Most countries in the region spend about 7% of GDP on health care. Amnesty replied saying it “does not take a position” on the economic sanctions.

I also asked Amnesty for its position on the threats and open efforts to incite a military coup in Venezuela by numerous US politicians and officials (Trump, Rex Tillerson, Marco Rubio, just to name a few). Amnesty said it “believes that a responsible discussion on the current state of human rights in Venezuela should not be focused on statements made by parties outside the country and context”.

This is utter nonsense. And now, as a consequence of the negligible opposition Trump has received for his illegal economic attacks and threats against Venezuela, he is assembling an Iraq-style ‘coalition of the willing’ that is seeking to topple the democratically elected government. US National Security advisor John Bolton recently suggested that Venezuelan President Nicolás Maduro could end up in the US-run torture camp in Guantanamo Bay, Cuba. US sanctions have now been intensified and could cause an additional 15% fall in GDP in 2019 according to updated projections by Torino Capital.

On January 25, a petition was sent to Amnesty asking it to change its position and oppose US economic sanctions and the deliberate incitement of a military coup in Venezuela. It was signed by filmmaker and political activist John Pilger, Alfred de Zayas, former UN special Rapporteur to Venezuela, and the popular Canadian author Linda McQuaig among others. A letter like this should never have had to be sent to a human rights group.

On February 7, Amnesty replied to me updating its position. The full statement can be read here.

Amnesty now “reminds” the US government that it should be careful in imposing economic sanctions and asks that the US ‘monitor’ its impact on the “most vulnerable groups”. There is nothing that Amnesty or anybody else needs to ‘monitor’. The devastating impact has been very well established. The sanctions are an extremely grave human rights violation – a clear violation of article 2 of the UN Charter and Chapter IV, Article 19 of the Charter of the Organization of American States. And that was true before Trump made the sanctions much worse in January. Asking Trump to be careful and to ‘monitor’ the impact of his criminal assault on Venezuela’s economy is grotesque.

Regarding US threats and incitement of a military coup, Amnesty now vaguely asks the “international community” to not ‘escalate’ the conflict. Amnesty asks that attention not be diverted from Venezuela’s internal crisis towards “possible military intervention”. The statement seems calculated to be as vague and weak as possible, as if Amnesty were annoyed that extreme US belligerence has obligated them to say anything all.

Meanwhile, Kenneth Roth, HRW’s executive director, wrote in 2015 that “For all its faults, the U.S. government remains the most powerful proponent of human rights, and the Human Rights Watch base in the United States gives the organization special access to Washington”. He wrote these words long after it was clear that a US-led war based on a lie had resulted in the deaths of at least half a million Iraqis, just to state one of many reasons to recoil from his words.

As for HRW’s “access to Washington”, in 2014, a letter to the group signed by two Nobel Laureates and over 100 activists, journalists, and academics asked HRW to “close its revolving door” with the US government.

Most recently, various HRW officials (including Roth) heaped praise on the late Senator John McCain, a man who was proud of his participation in the Vietnam War which killed millions of Vietnamese. He also unapologetically used the racist term “gooks”. McCain parlayed his participation in the mass slaughter in Vietnam into a political career in which he pushed US military aggression all over the world.

Chakrabarti should read her “trusted sources” much more critically, and simply refer to them as “sources”.