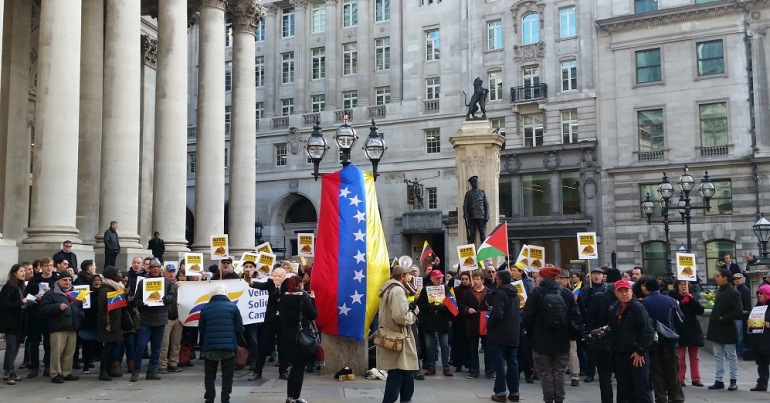 People demonstrated outside the Bank of England on 7 February 2019. They denounced the withholding of Venezuelan gold from the country’s government as well as the ongoing Western-backed coup in the country. The Canary attended the protest called by the Venezuelan Solidarity Campaign. 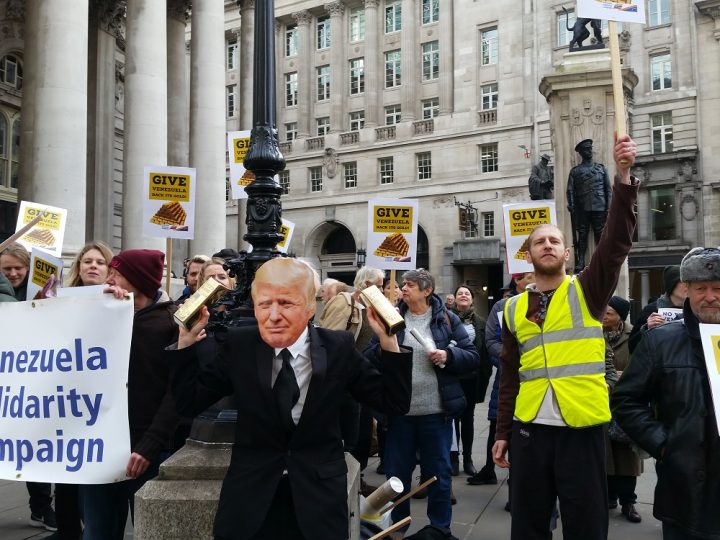 Howard Sharp wasn’t with any group. He told The Canary:

I’m protesting against this government holding back money which doesn’t belong to them. 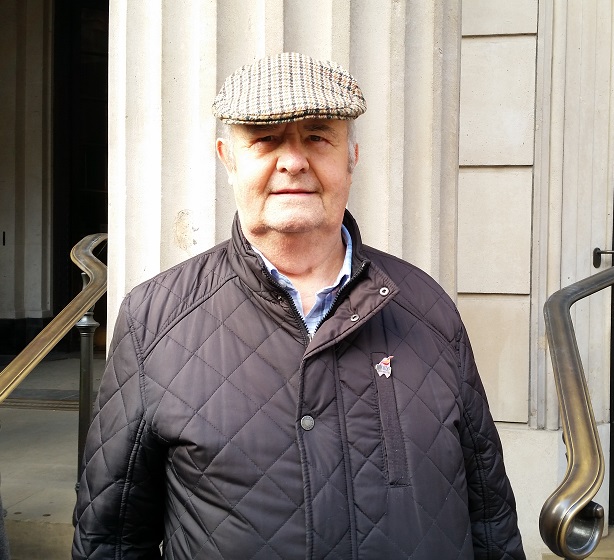 He said the Bank clearly isn’t “independent” if the state could ‘pull its strings’ to prevent the Gold from being released.

If you have money in a bank and you want to withdraw it, you are entitled to do so.

The Canary spoke to Shabbir Lakha of Stop The War Coalition and asked why there isn’t as much protest as there was over the 2003 US and UK invasion of Iraq. 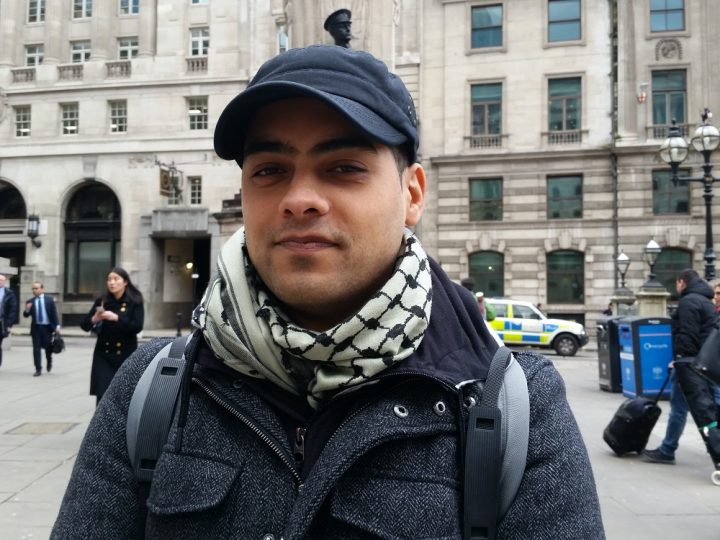 The movement against the Iraq War was a process that didn’t spring up over night. And I think what we are seeing already in terms of outrage against possible regime change in Venezuela shows that there is an appetite for that movement to be resurrected. Today’s action outside the Bank of England at short notice… shows that.

‘In the interests of international finance’

Former London Mayor Ken Livingston was also at the protest.

He also told The Canary that: 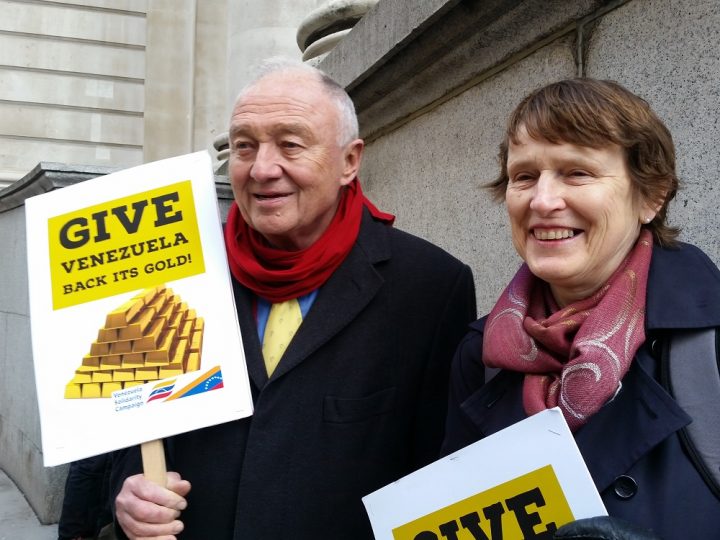 If Jeremy Corbyn was Prime Minister of Britain we wouldn’t be supporting [the coup]. We would be continuing to provide help for Venezuelans [and] support the democratic government.

Another protester was Chris Williamson, Labour MP for Derby North.

City AM reporter James Warrington asked Williamson about whether, from the Bank’s “point of view”, there are legitimate “concerns of  [potential] money laundering”.

Williamson called that an:

absurd statement from the Bank of England, if that’s what they are saying. This gold belongs to a sovereign nation. 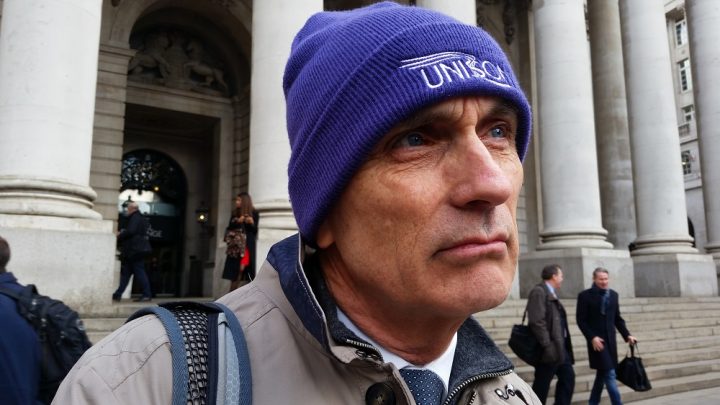 From Downing Street to Bank

On 28 January, protesters also denounced the withholding of Venezuelan gold at Downing Street. Jorge Martin, of Hands Off Venezuela, stated:

There are very serious problems in Venezuela… which have been aggravated by US sanctions, [and] which have been aggravated by the fact that the British government is withholding Venezuelan gold. If the British government is really worried about the humanitarian situation in Venezuela, why don’t they hand over 14 tons of gold… which would go a long way to alleviate the conditions which are there?

The Bank hasn’t made any statements about what it would take for it to return the gold. 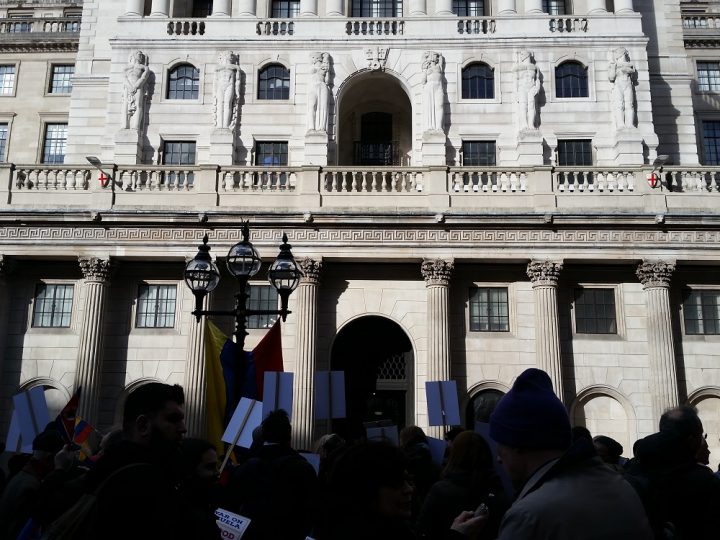 Feature image and all other images via Mohamed Elmaazi