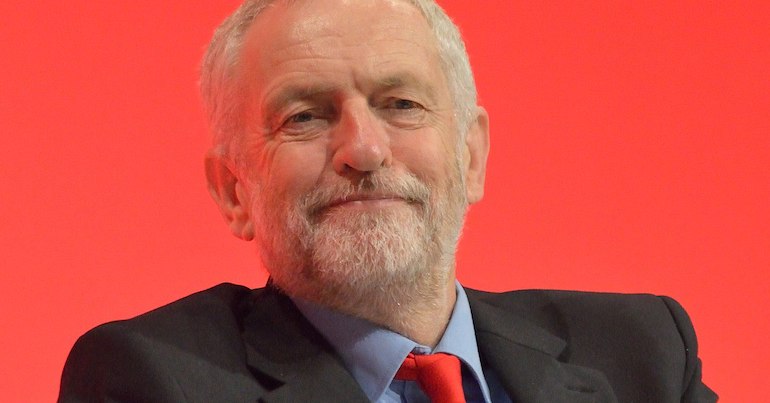 On 6 February, Jeremy Corbyn sent a letter to Theresa May outlining Labour’s Brexit position. It contained five key demands to end the current Brexit deadlock. Whilst this sent both Labour centrists and the mainstream media into a predictable frenzy, Corbyn spoke more sense about the latest Brexit chaos than May has for months. He actually played a blinding move. And don’t believe the hype; a second referendum is still on the table.

Corbyn wrote the letter with one clear intention – to avoid a potential no-deal “cliff edge” on 29 March:

A sensible deal with Europe can win the support of parliament and bring the country together. pic.twitter.com/8MHqrXwE9Q

May’s negotiations are still “pushed to the brink” and communication with key EU leaders is “strained”. And let’s not forget that May has handled negotiations so badly that she lost the biggest ever vote in parliamentary history.

According to Buzzfeed, EU president Donald Tusk, “suggested that the Corbyn plan could be a promising way out of the impasse”. Meanwhile, EU Brexit coordinator Guy Verhofstadt welcomed Corbyn’s letter saying “there is at last hope of a heavenly solution”:

Open discussion w/ @theresa_may. Backstop non negotiable. We'll never abandon Ireland. I welcome @jeremycorbyn letter making a cross-party approach for the first time possible. From the hell we're in today, there is at last hope of a heavenly solution even if it won't be Paradise pic.twitter.com/2yEzINJQdb

And he also went on to say:

We welcome… the letter that Jeremy Corbyn has written

37 seconds that will make every opponent of Jeremy Corbyn weep. The EU just gave a massive thumbs up to Corbyn’s Brexit Strategy pic.twitter.com/YTSx6pKoZM

To reassure those who support staying in the EU, an email from Corbyn to Labour members on 7 February, seen by The Canary, kept the option of a second vote on the table. It said:

The real divide in our country is not between Leave and Remain, but between the many and the few…

If Parliament is deadlocked, then the best outcome would be a general election. Without it, we will keep all options on the table, as agreed in our party conference motion, including the option of a public vote.

“There could be something better”

Corbyn’s move was savvy in many ways. For a start, it’s pretty much impossible to see Conservative hard-line Brexiteers ever agreeing to Labour’s five points. The influential European Research Group (ERG) led by Jacob Rees-Mogg have consistently ruled out a customs union. So this leaves May in deadlock with the EU, her own party and her own red lines. If the centrists stopped whining for just a moment, they might see that this could well be the best way to trigger a general election.

Cutting through mainstream media criticism, it’s also clear that Corbyn is not only sticking to Labour Party Brexit policy, but the option of a second vote is still on the table.

Finally, and most importantly for the millions of people suffering under Conservative-led austerity, Corbyn’s plan offers hope for real change. His letter, he explained aimed to “bring people together” – both Leave and Remain voters. His firm commitment is for:

a country where we don’t rely on foodbanks, we don’t have poverty wages and they [people] don’t have to see a future that is so miserable… there could be something better.

Jeremy Corbyn: "We are determined to try & bring people together! However the voted in the referendum – leave or remain, they have an interest in protecting jobs, and rights, they also have an interest of living in a country where we don't rely on food banks or poverty wages." 👏 pic.twitter.com/H8bQLY0xD7

It’s vital, whether we voted Remain or Leave, to remember that a Tory-led Brexit will destroy the lives of the UK’s poorest people – women in particular – even further. A no-deal Brexit would be even worse. Corbyn’s letter offered some hope and the best route to prevent that – if Brexit does go ahead. Over and above that, this could – if we ignore the mainstream media – be a brilliant move to get this vile government out once and for all.