With all eyes on Brexit, today shines light on a world built for men - The Canary 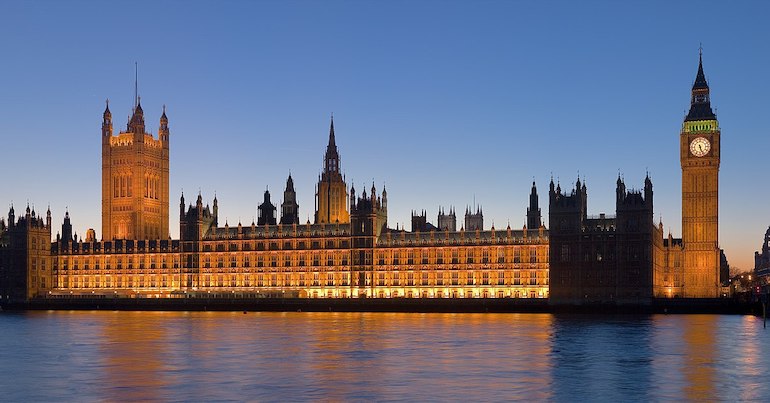 On 15 January, MPs finally get a chance to vote for Theresa May’s Brexit deal. Although the result seems certain, this vote has shone a light on other vitally important issues. We live in a world built for men. Our supposedly democratic political system is run by men for men. Meanwhile, outside the Westminster bubble, any steps made to counter ongoing sexism and male violence simply lure misogynists further out of their sexist holes.

“That’s worth fighting for”

Today, Labour’s Tulip Siddiq needs to arrive in parliament in a wheelchair. She’s nine months pregnant. In order to vote, Siddiq has delayed a medically advised caesarean section. Why?

Because she can’t trust the Tories.

Parliament has a system to ensure that MPs ‘pair’ with an opposition MP if they can’t attend in person. But in July 2018, Conservative chief whip Julian Smith asked “several Tory MPs to break pairing arrangements” ahead of another crucial Brexit vote. Although most refused, Tory chairman Brandon Lewis ignored Lib Dem MP Jo Swinson’s wishes. She was on maternity leave but Lewis voted with the government anyway.

If my son enters the world even one day later than the doctors advised, but it’s a world with a better chance of a strong relationship between Britain and Europe, then that’s worth fighting for.. If the pairing system is not honoured, there’s nothing I can do, and it’s going to be a very close vote.

As Labour’s Harriet Harman pointed out, Siddiq shouldn’t need to:

choose between going through the division lobby in a wheelchair nine months pregnant having postponed her caesarean or losing her right to vote.

“A system created by men, for men”

Fighting against a Tory-led Brexit has never been more important.

As Women’s Equality Party spokesperson, Harini Iyengar, wrote in HuffPost, Siddiq’s situation is “A damning indictment of a system created by men, for men”. “To create real democracy where women’s voices and interests are truly represented,” she said, parliament needs major ‘reform’.

And she’s right, it really does. Our parliamentary system is pretty fucked. Its archaic rules and systems are so long past their sell-by date, you can smell the stench of decay. And continual “disgraceful insults” from the braying mess of public schoolboy Tory MPs show how entrenched the issues are.

But whether you voted Leave or Remain, May’s government must be stopped.

In November, Philip Alston – the UN special rapporteur on extreme poverty and human rights – concluded an investigation into the impact of austerity and rising levels of poverty in the UK. His damning report highlighted Tory-driven poverty which creates “misery” for thousands of people. But Alston also made it very clear that a Tory-led Brexit will affect not only the poorest people but also women the most.

“How can we make this system work for men and not for women?”

As Alston said, any kind of Tory Brexit means that:

it is the most vulnerable and disadvantaged members of society who will be least able to cope and will take the biggest hit.

He was highly critical of the government, and said it was clear to him that “the impact of Brexit on people in poverty is an afterthought”. The drop in the pound has already “increased the cost of living for people in poverty”. And if there’s no increase in benefits, “up to 900,000 more people” face poverty. It’s already a “gutted” system.

And even before Brexit, Tory policies have affected women the most, as Alston explained:

If you got a group of misogynists in a room and said ‘how can we make this system work for men and not for women?’, they would not have come up with too many ideas that aren’t already in place.

His investigation found that Tory policy “disproportionately” affects women. Two-thirds of benefit caps affected single parents, and 90% of single parents are women. Alston also reported on the “uptick in pensioner poverty”; and again, this is “significantly more likely” to affect women.

So we have to admire Siddiq’s commitment to insist that she votes against the Tories. But equally, we need to challenge a barbaric political system that places any woman in this position. We need change and we need it now.

With a female prime minister, it’s even more shocking that we’re in this position. But May’s flanked by the faux-compassion of Amber Rudd, Esther McVey’s intolerable cruelty and Caroline death-stare Noakes.

These aren’t women’s women. They’re the kind of women who climb the ladder by stepping on the heads of other women. I doubt they can even spell ‘solidarity’. And they’re bolstered by an out-of-date, misogynist political system. Throw in a hefty dose of patriarchy, neoliberalism and capitalism, and hey presto.

The best a man can get?

And what happens inside the Westminster bubble affects women in many other ways too. On the same day as the Brexit vote, media and social media went into a frenzy over an advert by razor company Gillette. It challenges men’s behaviour toward women. This ad intentionally “addresses serious issues like toxic masculinity, sexual harassment and #metoo”. While I’m no fan of Gillette and its parent company Proctor and Gamble’s vile record in animal testing and cruelty, any mainstream effort to combat violence and sexism should be celebrated. You’d think?

There’s been a furious backlash against it. The ad’s director Kim Gehrig is, ironically, part of Free the Bid, “a program launched to increase female representation among ad directors”. Although it’s only due for US release, the reaction around the world shows the true extent of the deeper issues and attitudes towards women.

A long way to go…

Today is a big day in UK politics. And it’s also a day that throws light on the shade women experience each and every day. The argument’s more important than Leave or Remain now. We’ve got to get the Tories out. If Brexit does go ahead, then it simply can’t be under this vicious government.

So we need to fight harder than ever for change, and more than that, for equality. For each and every pregnant woman, for every woman suffering under austerity and for all our sisters, there may be a long way to go, but we won’t give up that fight.