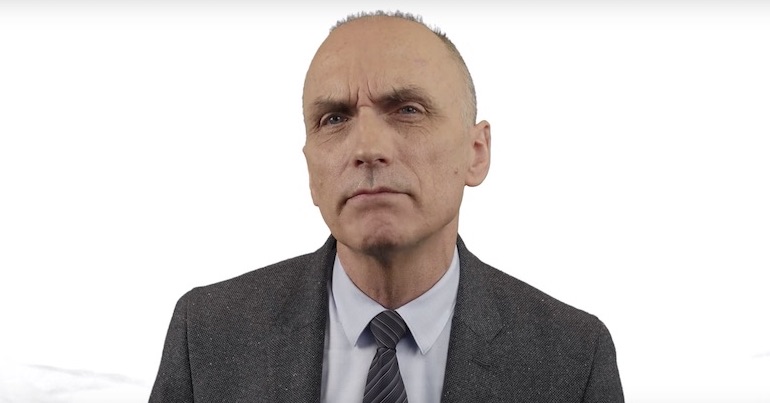 Labour MP Chris Williamson has just given a powerful reminder of why we so urgently need a general election and a change of government.

On 16 November, Philip Alston – the UN special rapporteur on extreme poverty and human rights – concluded an investigation into the impact of austerity and rising levels of poverty in the UK. His report is damning, showing how poverty causes “misery” for thousands of people. Yet government ministers he met on the visit were in “denial”, claiming their policies “were going well”. As Alston stated, poverty is a “political choice” of the ruling Conservative Party.

And Williamson has gone further, calling the report a “national scandal” that highlights how urgently we “need a general election now to stop this wanton cruelty”.

As Williamson explains, the report was “startling” – pointing to the ‘disgraceful’ levels of child poverty. The UK is “is one of the world’s biggest economies”, yet about 14 million people live in poverty. As Alston reported, without drastic action, this is set to rise even further. Williamson also pointed out that the UN report said this government had breached:

If you got a group of misogynists in a room and said ‘how can we make this system work for men and not for women?’, they would not have come up with too many ideas that aren’t already in place.

Alston’s report notes that Tory policy has “disproportionately” affected women. Two thirds of benefit caps affected single parents, and 90% of single parents are women. Alston also reported on the “uptick in pensioner poverty”; and again, this is “significantly more likely” to affect women. So Williamson’s sarcastic analysis of Theresa May’s feminist ‘credentials’ is spot on.

As Williamson goes on to say, Alston found levels of food-bank use similar to those most often found after a natural disaster. But Britain has been hit instead by “a political… disaster”:

The recent report by @UNHumanRights rapporteur @Alston_UNSR is a national scandal.

It outlines how the Tories have inflicted disaster on this country in the name of austerity. We need a general election now to stop this wanton cruelty. pic.twitter.com/VvihUMqKzf

As Williamson says, this “report should shame the government”. Yet since its release, new work and pensions secretary Amber Rudd dismissed Alston’s findings as ‘too political’, which angered many people:

Amber Rudd's dismissal of the UN report which found Tory austerity caused "great misery" is not a one off. She has a history of demonising benefits claimants. Deeply concerning that she will oversee the roll-out of Universal Credit. https://t.co/nBN67rx82i

Amber Rudd says she's read the UN report & "was disappointed to say the least by the extraordinary political nature of his language" which, says Rudd, "discredited a lot of what he was saying". The truth may be rather inconveniently political. It's still the truth. #AlstonReport

Meanwhile, minister for disabled people Sarah Newton has refused to apologise for comments in response to the report which many people saw as misleading:

Sarah Newton, Tory Minister for Disabled People, is refusing to apologise to MPs for misleading them about a report by UN human rights expert Philip Alston on the Tories’ record on causing and addressing extreme poverty

On BBC Question Time, Conservative MP Karen Bradley claimed that “austerity wasn’t a choice made by the Tory government”. Yet this is a direct contradiction of Alston’s specific findings, and the words of numerous academics.

As Williamson also says, “these Tories are thoroughly shameless individuals”. And he implores people to read and share the report.

The weight of evidence in Alston’s report is pretty much impossible for anyone – other than a Tory – to defend. Williamson is spot on. We need a general election and a new government as soon as possible to help all those already affected, and prevent even more people plunging further into poverty.