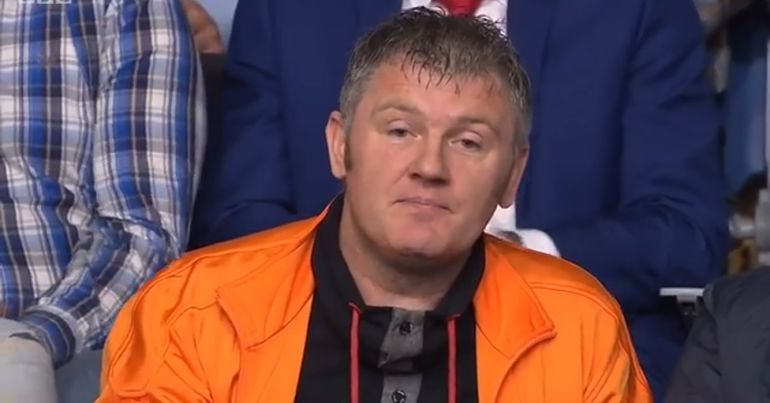 If you watched BBC Question Time from Motherwell on 7 February, you may have experienced déjà vu. A familiar face took the opportunity to bash the idea of Scottish independence for the third time:

‘You had no deal, no currency, you told us that oil was going to be a million pound a barrel, now you can get a barrel for a tenner down the barras’

This audience member says the SNP have failed to listen on the issue of Scottish independence. #bbcqt pic.twitter.com/5zg36XPvvj

The audience member said the SNP should be voted out of Scotland – despite the Scottish government receiving 46.5% of the vote in 2016. He also accused SNP politicians of having no plan if Scotland had won independence in 2014. You can find the SNP’s 2014 independence white paper named “Scotland’s Future” here.

Last time I was on @bbcquestiontime this #OrangeLodge activist (subtly declaring his allegiance with his jacket) was in the audience & was called to deliver a mini speech. He’s on again tonight. There seems to be some debate over whether this his third or fourth #bbcqt appeance. pic.twitter.com/AUxt3DHJvD

Nicholson said he feels something has gone “awry” with the Question Time audience booking:

I get it that he sneaked back once, maybe twice. But again? I know it’s tough to screen the audience with a small team. But there’s something awry with @bbcquestiontime audience booking that he keeps getting through screening. He’s a politician masquerading as a punter. #bbcqt https://t.co/7tbmTbQBPC

But what makes this even more ‘strange’ is that the same audience member also attended a pilot run of BBC Scotland’s new Question Time style show Debate Night on 6 February. And we know this because The Canary was also in the audience. But you didn’t miss anything. He used the same narrative as he did on Question Time.

Yes, this audience member was at a BBC politics pilot the day before appearing on Question Time again. He must be really lucky to get picked so often. But it does cast doubt over the audience selection process.

As the Scotsman reported, the audience member is Billy Mitchell who is a “former UKIP candidate”. Mitchell stood in the Coatbridge council by-election in 2013 and received just 34 votes. Mitchell has also been linked to “Livingston True Blues Flute Band” after the group shared an image of Mitchell on their Facebook page: 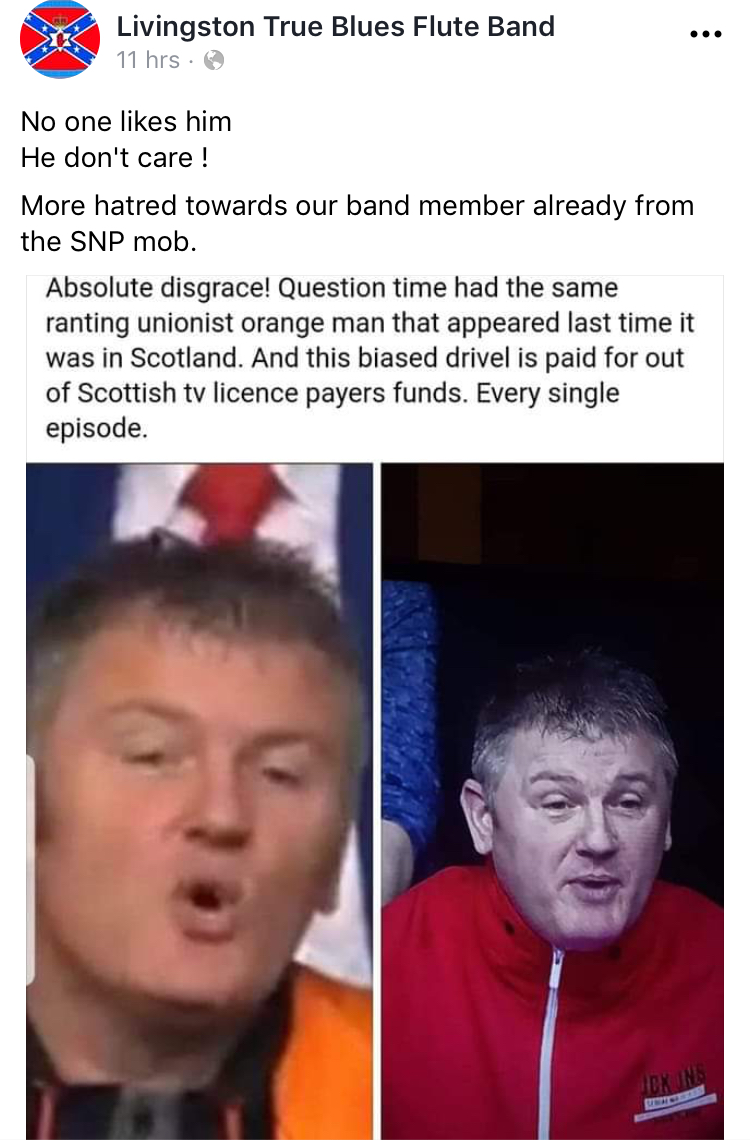 It is important to point out that this audience member doesn’t reflect the electorate of Motherwell. The people of Motherwell voted in favour of Scottish independence in 2014 and voted to Remain in the EU referendum in 2016. Not that you would think that watching Question Time.

Scottish independence is a hot topic for political debate. But when taking a stance, it is important to fully understand the context. Novara Media’s Aaron Bastani got a reality check from SNP MP Stewart McDonald after he shared Mitchell’s rant on Twitter:

Curious to see one of Jeremy Corbyn’s chief cheerleaders endorse the view of a former UKIP candidate in Coatbridge who managed around 30 votes. https://t.co/NWXapM0oWH

A BBC spokesperson told The Canary that it is “investigating this issue”.